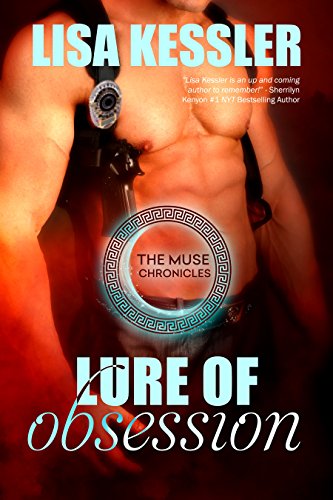 The Prophecy - "Every generation the nine daughters of Zeus are reborn, and with their rebirth are also nine Guardians. They will be marked by the gods, and given gifts to protect his treasure. Their abilities will only be unlocked when they find their muse."

Melanie Jacoby teaches English at Crystal City High School. She's also the reborn Muse of Tragic Poetry, but she isn't prepared for the tragedy of finding her roommate dead at the bottom of the stairs.

Nate Malone is the detective assigned to the case, but as the evidence points to an accidental fall, the visions begin. He sees a killer in a gold Kronos mask.

Mel is the next target.

The Order of the Titans are eager to bring about the return of the Golden Age of Man, and they're prepared to kill the Muses to complete their mission. But Nate's desire to protect Mel is almost as strong as his hunger for her.

And tragedy isn't part of his plan.

I adore Lisa Kessler's writing style... Descriptive and picturesque with just enough steam to send me searching for the something to cool down with. This is very easyell-written, fast paced, easy to follow with horrific twists and oh so sensuous turns. Amazing job Lisa Kessler! If I could give it ten Hearts, I would.

I don't know how many times I shook my head thinking, "Oh No you just didn't do that.." wanting to throw my Kindle across the room because of the things that Mel would do. Strong women characters are intriguingly stubborn making the story even better.

The world building is consistent, dark, full of mystery, suspense, angst, romance, horror, and then some.

Nate has issues of his own that he keeps tucked safely away, until, his world is turned upside down as soon as he meets Mel. Can you even imagine what he has to endure?

I don't use spoilers in my reviews because it can ruin a story for some. This story is so original, and fresh I highly recommend it to the mythology, romantic suspense readers out there who are  18+. 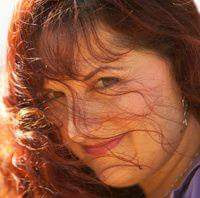 Lisa Kessler is an Amazon Best Selling author of dark paranormal fiction. She's a two-time San Diego Book Award winner for Best Published Fantasy-Sci-fi-Horror and Best Published Romance. Her books have also won the PRISM award, the Award of Excellence, and the Award of Merit from the Holt Medallion.

Her short stories have been published in print anthologies and magazines, and her vampire story, Immortal Beloved, was a finalist for a Bram Stoker award.

When she's not writing, Lisa is a professional vocalist, and has performed with San Diego Opera as well as other musical theater companies in San Diego. 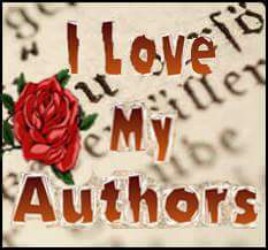