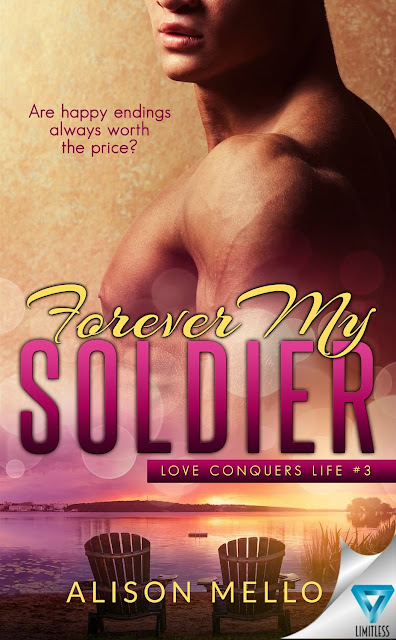 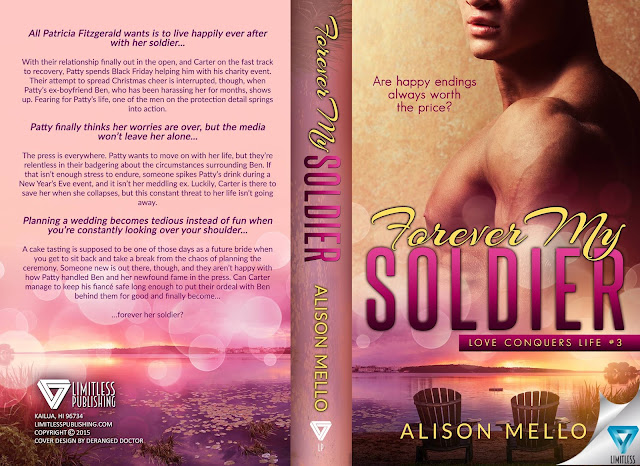 With their relationship finally out in the open, and Carter on the fast track to recovery, Patty spends Black Friday helping him with his charity event. Their attempt to spread Christmas cheer is interrupted, though, when Patty’s ex-boyfriend Ben, who has been harassing her for months, shows up. Fearing for Patty’s life, one of the men on the protection detail springs into action.

Patty finally thinks
her worries are over, but the media won’t leave her alone…

The press is everywhere. Patty wants to move on with her life, but they’re relentless in their badgering about the circumstances surrounding Ben. If that isn’t enough stress to endure, someone spikes Patty’s drink during a New Year’s Eve event, and it isn’t her meddling ex. Luckily, Carter is there to save her when she collapses, but this constant threat to her life isn’t going away.

A cake tasting is supposed to be one of those days as a future bride when you get to sit back and take a break from the chaos of planning the ceremony. Someone new is out there, though, and they aren’t happy with how Patty handled Ben and her newfound fame in the press. Can Carter manage to keep his fiancé safe long enough to put their ordeal with Ben behind them for good and finally become…
…forever her soldier? 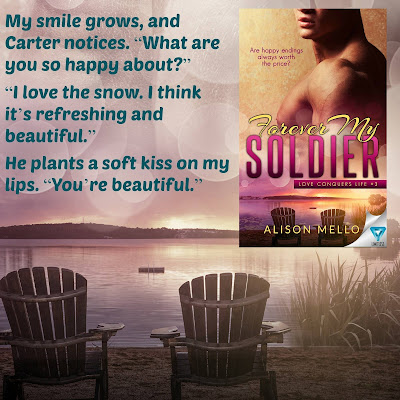 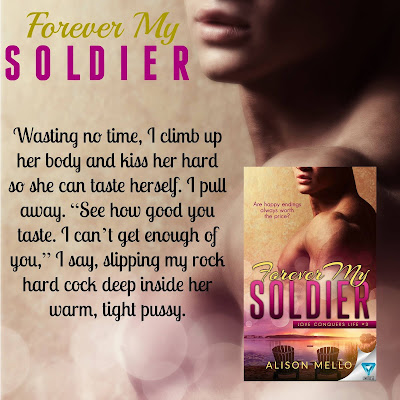 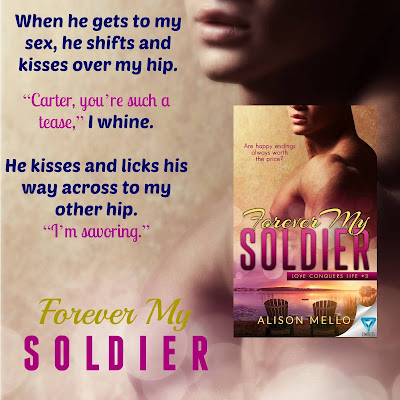 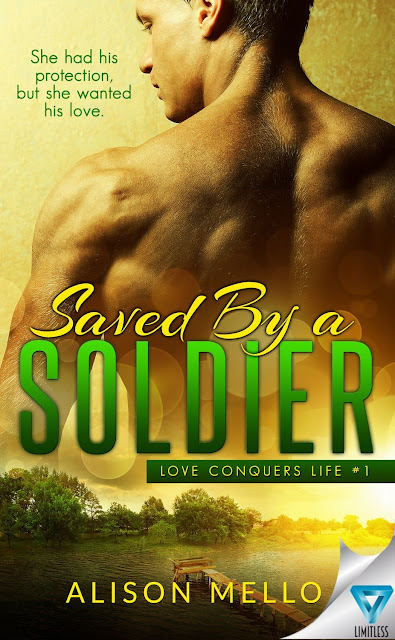 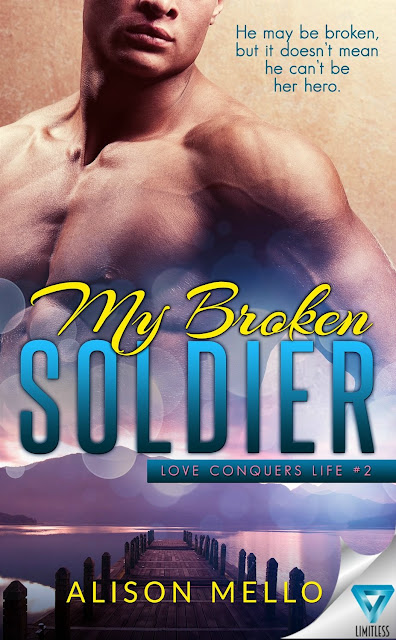 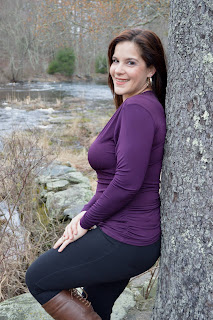 Alison Mello is a wife and stay at home mom to a wonderful little boy. She lives with her amazing family in Massachusetts.
She loves playing soccer, basketball and football with her son. After having her son, Alison started reading again and fell in love with Contemporary Romance.
Reading made her happy and gave her something to do when she had downtime.
As she started to read more, she started to noticed things she really enjoyed in a book and things she didn’t. She began to have ideas for writing one of her own. One day she literally woke up and started writing. She realized that if there was ever a time for her to write, it was now. She had a part time job to give her something to do.
The hours at work were slow and she was bored with what she was doing, so while her son was off enjoying his friends over summer vacation she got started.
Alison finished the first book in two weeks and decided that she really enjoyed writing, so she kept going. She already had ideas in mind for books two and three, so she kept writing.
That is how the Learning to Love Series was born. Somewhere along the line, one of my Beta readers convinced me that Michael, a character from Finding Love, needed his own story.
That is when Alison added the fourth and final book. Alison hopes you enjoy her books as much as she enjoyed writing them.