Breathless by Scott Prussing ... Go Get Ya Some

Welcome to I Love My Authors 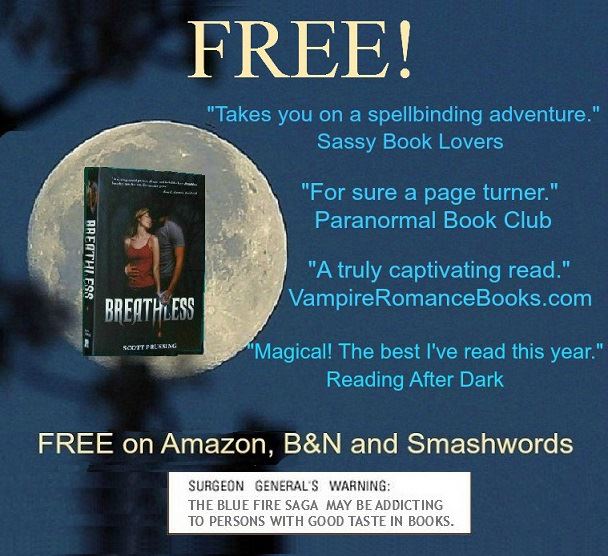 Posted by Unknown at 4:40 PM No comments:

Email ThisBlogThis!Share to TwitterShare to FacebookShare to Pinterest
Labels: Breathless, Free on Amazon, Free on Barnes and Noble, Free on Smashwords, Scott Prussing

Christopher Smith: Come Get Ya Some!! 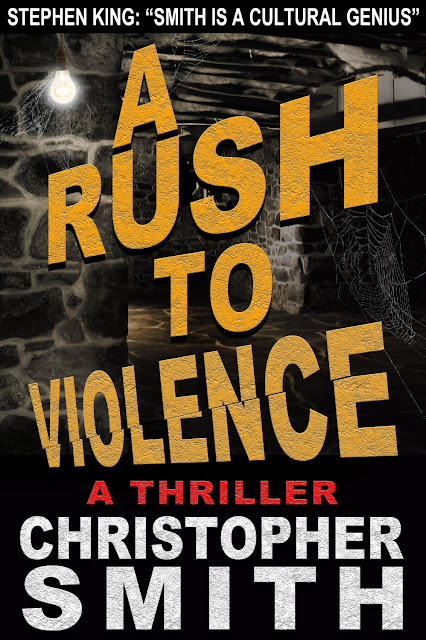 STEPHEN KING ON CHRISTOPHER SMITH: "Put me down as an enthusiastic Christopher Smith fan. Smith is a cultural genius."


Kirkus Editorial on A RUSH TO VIOLENCE: "This crime thriller is a fast-paced and engaging read. ... The narrative kept me on the edge of my seat and I really couldn't predict what was going to happen next. ... The pace never flagged. ... The central characters of Camille, Sam, Emma, Marty and Jennifer are nuanced and very true-to-life. Although theirs is an unusual life lived at a hectic pace, I found myself developing real empathy for their plight and always felt that they were--despite their unusual life choices or circumstances--genuine, well-meaning and real people. The Miller clan and their acquaintances were exceptionally well drawn, alternating between petty pragmatism, shameless snobbery, greed and a perverse noblesse oblige. I particularly enjoyed the humorous and biting portrayals of Camille's siblings...top-notch dialogue and quirky characterizations." --Kirkus Editorial

Description:
Sixteen years ago, Camille Miller left behind her life as an assassin in order to raise her daughter Emma. But now, when her billionaire father is found brutally murdered, she must tap into old instincts to learn who killed her father and why.

The suspects? Her six siblings, each so desperate for their father's money that they'd kill for it.

What Camille doesn't see coming is Emma's plan to solve the mystery first. Or P.I. Marty Spellman's assignment, which is to find Camille or risk the deaths of those dearest to him. Over the course of one day, all three players, plus Spellman's teenaged daughter Beth, find themselves in a race to the finish. Nobody's goals are what they appear to be. Twists abound. And not one single person, for one single moment, is safe.

***JIM ASHLEY ON FIFTH AVENUE AND RUNNING OF THE BULLS***

Smith is this generation's Master storyteller. If you're a fan of suspense thrillers and unbelievable twists and turns, you will quickly become a fan of Christopher Smith! He entices you to fall in love with his characters only to be caught totally off guard when their fate goes in a direction you never saw coming. He takes the styles of James Patterson and Steven King to a totally kicking level. I can honestly say that I spent way too many late night hours reading chapters because I could not put it down and couldn't wait to see what he would do next. Starting with Fifth Avenue, he builds such entertaining and deep characters that you know this cannot be the end but just the start to future stories interweaving these strong individuals. With Running of the Bulls, you're so caught in the action - that you're honestly rooting for the characters that would historically be the bad guys in other tales. Christopher seems to set the bar higher and higher for himself, and I can't wait for his upcoming releases in 2012. A definite must read for mystery, suspense, and thriller lovers!


"Fifth Avenue, the first novel by penned Christopher Smith, is a fantastic first effort and was the reason I was simply unable to put my Kindle down over this Christmas period. And I would go as far to say that it ranks as one of the best first novels I've ever read."--PLANET KINDLE

"Fifth Avenue. A big, big novel. A blockbuster? Yes. A bestseller. It should be. The author, at the beginning of the novel, thanks the people who introduced him to the 'real' Fifth Avenue. I suspect the real one could not be as interesting or engrossing as this novel. ...This is a highly recommended novel. It deserves the five stars." -- P.M. RICHTER

JOIN CHRISTOPHER ON FACEBOOK AND INTERACT WITH HIM: on.fb.me/FQ2MuT
Posted by Unknown at 3:26 PM No comments:

Email ThisBlogThis!Share to TwitterShare to FacebookShare to Pinterest
Labels: A Rush to Violence, Book Five in the Fifth Avenue Series, Christopher Smith, Free, Free on Amazon

Welcome Everybody! I am sharing my my friend Candice Stauffer's Book today! I read this a while back and fell in love with it.

Blurb:
Will Caylee’s salvation come from the solitude of the cold, dark grave or from the the sinful delights of surrendering her body and soul to the seduction of a wickedly sexy, dark and dangerous powerful immortal?

From the beginning of time, Haden’s kind has to stop the deadliest forces of darkness from destroying mankind. He has never feared defeat until now. He would sacrifice anyting, even his life to protect Caylee. But despite possessing the dragon’s fierce nature and power, there’s little hope he’ll save her from a lust-crazed vampire that a rogue demon is aiding.

Instead of completing the ancient ritual that’ll give his eternal breath to her and bind their souls together for eternity, will Haden be forced to kill Caylee to prevent her from suffering a never-ending thirst for blood?

Awesome Book! For Adults Only!! ARC for Review ~Caution: NOT A YA Read!

OMGosh this book takes you from the pits of a living hell on a journey of love, lust, passion, action-packed fight sequences, not mention very vivid, HOT, and Steamy Sex scenes! I am honored to have been able to Read~n~Review this book! The characters are personable, detailed and so realistic, that I found myself yelling at Caylee for being so stubborn by not making better choices, laughing when she teasingly shows Hayden her naught, and being terrified when her past is revealed or when she comes face to face with a very, lustful and twisted vampire!

Haden is a character I really enjoyed, his demanding nature, his lack of self-control around Caylee, all he wants to do is love and protect for all eternity, but lets face it, when he is angered, you definitely will know. He is a force to be reckoned with and not be ignored!

The world building is consistent, passionate, and spell-binding as Candice Stauffer creates a storyline with a powerful punch to entertain and intrigue the reader with the hope of more to come. I highly recommend this book our adult readers only! This is the first book of her series and what an introduction it is! OMG This series is Sizzling Hawt! An 18+ Read Only!

Posted by Unknown at 2:26 PM No comments: