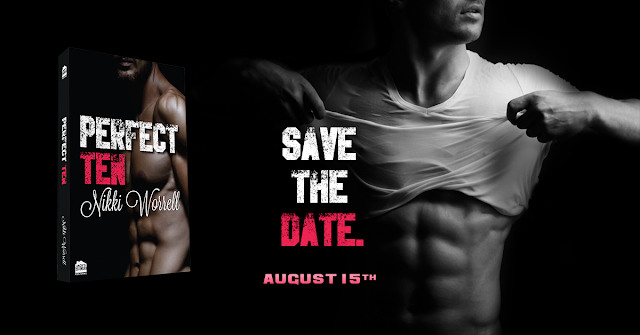 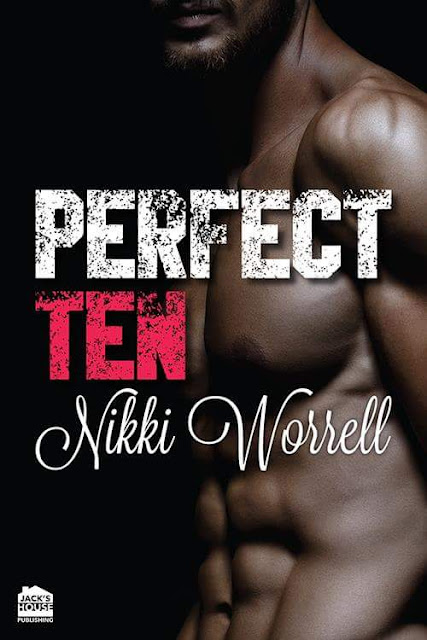 Joe Starling has been stinking rich, and he’s been dirt poor. But from the moment he figured out what makes women scream, he’s been raking in the cash. Not as a prostitute. Not technically… Sex isn’t officially part of the Perfect Ten escort service’s package. Yet Joe is almost embarrassed to admit his “package” has gotten quite a workout in the past seven years. Truth be told, the ladies want him, and he can’t say no.Faith Graham’s first reaction to Joe Starling? No. Make that hell no. She needs an average Joe on her arm for her model-thin sister’s wedding. Who will believe a dazzling hunk like him would date the Graham sister who has a few too many curves? For the first time, Joe experiences what it’s like for a woman to look at him with loathing rather than lust. And he doesn’t like the feeling. Because there is nothing in this world he wants more than to turn her emphatic no into a heartfelt yes. In fact, a lifetime of yes would work just fine for him…

Chapter 1
Joe Starling
So I guess I should start at the beginning to get you up to speed. My name is Joe. Joe Starling. Joseph Starling, Jr., to be exact. I’m twenty-six years old, and I’m a professional escort. You might wonder how someone comes to be in that profession. Well, you’d be surprised how prosperous life can become when you’re in the right place at the right time.
I can’t say that I was ever grateful to be poor, but if I wasn’t, I never would have been where I was, when I was, the day my life changed. You see, I have this friend. His name is Shawn, and I’ve been friends with him forever. He’s one of the few friends that didn’t drop me when my life turned to shit after my father died. Apparently, when you go from being a rich kid to a poor kid overnight, your desirability as a friend decreases.
Anyway, seven years ago, Shawn married his high school sweetheart. Even though I sure as hell wouldn’t have thought about getting married at the age of nineteen, it didn’t surprise me at all that he did. And I was happy for him. I really was, but when he asked me to be his best man, I had to tell him no. He knew why and he wouldn’t accept my answer. I didn’t have any money.
Now, I don’t mean that I didn’t have the money to throw him an epic bachelor party. I wasn’t talking about not being able to hire the hottest strippers with the biggest tits. None of that. I actually didn’t have enough money to rent a tux or buy him a gift. You know what he said to me? He said, “I don’t want to hear it, Joe. I’ll get your fucking tux. If you’re not standing up beside me, I’ll punch you in the throat.” You might think that sounds harsh, but he had just told me he loved me and needed me by his side. Us guys, we don’t gush mushy shit, but it doesn’t mean we don’t feel it.
So, what was I supposed to do, not be in his wedding? This guy is closer to me than any blood brother would be if I had one. There’s nothing I wouldn’t do for him. So I pulled extra hours at work to scrape up enough money to help put food on my mother’s table, help her pay the rent, and have enough left over to buy a small gift for Shawn and Carrie.
The day of the wedding, already dressed in my tux, I was running one last errand for my boss when it happened. The blueprints I was delivering slipped out of my fingers as I tried in vain to hail a cab in the late afternoon. As I bent down to scoop them up, I saw a man scanning the crowd as if he were looking for someone. We locked eyes for all of a millisecond, and he headed my way. As he worked his way through the throngs of people crowding the LA streets, he seemed to be checking me out. When he finally reached me, he grabbed my arm and turned me fully toward him.
“Yeah, I think you’ll do. What’s your name, kid?”
“What’s my name?” I jerked my arm out of the guy’s grasp. “What the fuck’s your name?”
He laughed at my attempt to be a tough guy. “Calm down, kid. My name’s Gary.” He looked me up and down, which was just plain creepy. “How’d you like to make five-hundred dollars tomorrow night?”
“Yeah, right.” I couldn’t imagine what this joker was about, but I knew I didn’t want any part of it. “I don’t sell drugs. Take a hike.” I turned around to leave, and he grabbed my arm again.
“Wait. Hear me out. I work for an escort service. We have a client who wants someone young and hot to make her sisters jealous at her twenty-first birthday party. Big family, old money. Our escort got sick, and I’m looking for someone fresh to fill in for him.”
“An escort service. Is that even a legal business?” What the hell? Was I in Vegas or something? Candid Camera? What was this?
I could tell the guy was annoyed with my question. His body spoke volumes—tilted head, raised eyebrows. He was genuinely offended.
“Yes, it’s a legal business. Escorts are simply that. Escorts. This isn’t a sex operation. It’s an escort service.” He handed his card to me. “Look us up. If you’re interested, show up tomorrow morning at ten. The girl’s party is tomorrow night. We’ll see if you might suit her needs.” Done giving me his spiel, he turned around and left.
You know the saying ‘curiosity killed the cat?’ Well, hear me meow, because there was no way I was going to miss that meeting. I mean $500 for taking some chick to a party? Count me in!
That meeting changed my life.

Nikki Worrell is a New to me Author! I found  this to be one HOT DAYUM read! It won't be my last from Miss Worrell either. I Love the originality of this story. Great job!!

Joe has been through hell and back, working as an Escort, has given Joe a specific skill set that he enjoys to work... A Lot! Until he meets Faith.

Faith is a character I can identify with. Down on herself from all the negative b.s. she has been and is going through. Making it difficult to view herself in a positive light. When she lays eyes Joe for the first time, her reaction brought a smile on my face...  I could just visualize it.

The world building is consistent, fast paced, intriguing, with realistic emotions that either made me laugh, mad, or happy as the scenes played out. I found it to be beautifully depicted with spicy and sizzling hot sexilicious scenes.

The characters are well developed as are their back stories. Joe is adorable, believable, personable, and SMOKIN'! He has attitude and a heart.

Will things work out for Joe and Faith? Good Question! I'll never tell.

I was gifted an e-copy of this book by the publisher/publicist in exchange for an honest review. No remuneration was involved.

Nikki Worrell is a country girl from South Jersey who took her love of reading and shifted it into a love of writing. When not at work as a full-charge bookkeeper in Philadelphia, she’s at home writing, reading or simply spending time with her husband of over twenty years. Both she and her husband love animals immensely, which is evident in her writing. If there is any advice she would impart upon you, it is this: Follow your dreams. Always. Don’t let anyone tell you it’s foolish or unattainable. You have but one life to live—live it! 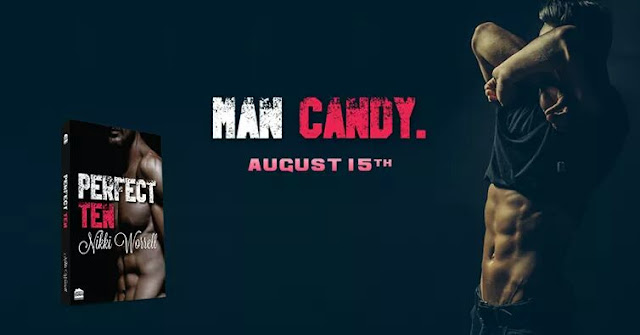