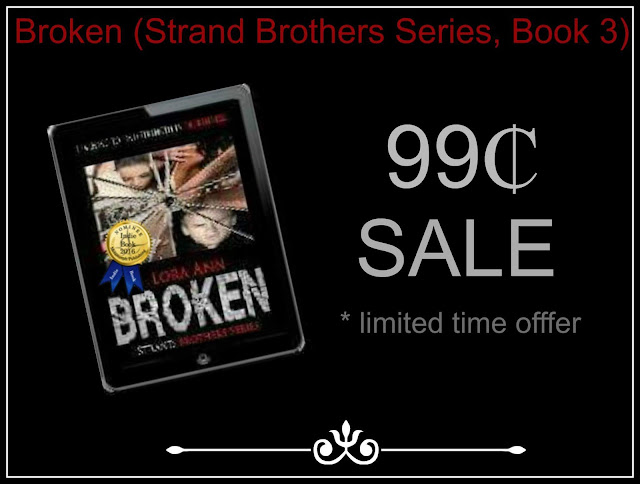 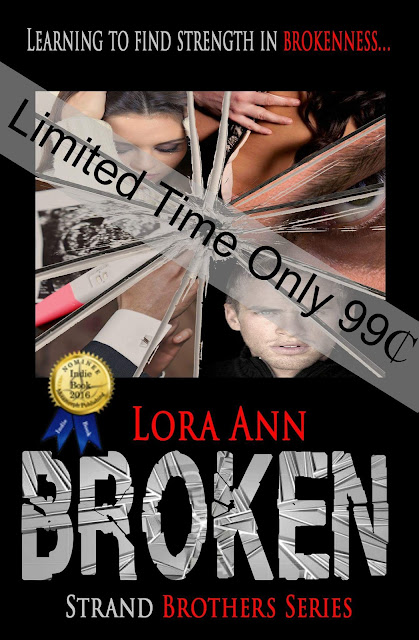 Learning to find strength in brokenness…
Fashion designer Sofie Fields may seem to have a perfect life from the outside. The wounds she carries are the emotional kind, and since she refuses to get close to anyone, they remain. She once knew a great love, but a sequence of events forced her into a choice she thinks is unsurvivable. A loveless marriage leaves her empty, damaged. The only light is the step-daughter she clings to and adores. After her divorce, Sofie is certain the love from her past is lost forever. A deathbed confession changes it all.

Alex Strand is a successful attorney and the middle child who is in one way or another helping out his brothers, Nik and Even. All the Strand brothers are known for their Viking-like stature along with good looks, but Alex is by far the one who turns the most heads. His movie star appearance coupled with laid back charm is beyond appealing, yet if one cares to look deeper they will see it’s a façade. Alex hides secrets well until the skeletons he’s kept begin to break out, one by one.

The game to catch a madman continues. Alex is desperately in search of evidence necessary to bring down Senator Caleb Reynolds once and for all. What he doesn’t foresee is how his past and present will collide with enough force to shake his foundation.

Hearts need to be mended.

Time is running out.

Do Alex and Sofie have what it takes to overcome?

I stood up in front of him, close enough that my breasts rubbed against his hard torso. Instantly, I was aroused and damn thankful I wasn’t a man. If I had been, an impressive erection would’ve given me away. The thought brought my eyes to Alex’s fly where sure enough a hard-on greeted me. Licking my bottom lip, I closed my eyes tightly and replied, “I have no idea what you’re talking about.”

On a growl Alex’s mouth was on mine, demanding I surrender to his entrance. Like hell I would. My palms came up between us as I placed them on his chest, fighting the undeniable awareness zinging through my fingertips. I shoved him back with all my might. He stumbled, yet recovered quickly. Through labored breath he inquired, “What do you want from me, Sofie?”

My chin jutted out with resolve. “Not one damn thing,” I affirmed, pushing past him towards the exit.

I halted and rounded on him. “Don’t what, Mr. Strand?” His eyes widened, though I couldn’t tell if it was from ire or excitement. Wait! Had my challenge turned him on? “I don’t need you,” I nearly screamed.

I took a step backwards; there was no denying what I saw in his hooded gaze. Desire. Oh shit! I turned abruptly to make a quick escape but wasn’t fast enough. Damn his love for Muay Thai. He had me pinned to the wall in the hallway with my arms held firmly in his grasp. He leaned down and began a tortuous trek from my ear to the corner of my mouth, nibbling along my lips. “This is going to happen, kjære. I know it. You know it.” He paused and tenderly kissed me. The kind of kiss that messes with a woman, staking the claim: You. Are. Mine. Dammit all to hell…it was beyond unfair. I comprehended, and he did too—I was his. Always had been. Instead of deepening our kiss, he eased back and laced his fingers with mine. “Before we do anything else. Before our lives grow more chaotic. Before either one of us talks the other out of this, we are going to make love,” he declared with a sexy set to his jaw that caused me to soak my panties. God…damn man had a way of irritating the hell out of me while setting me ablaze. Self-preservation flew right out the window as I confirmed, “Yes.” 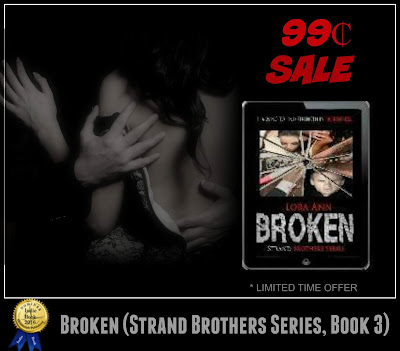 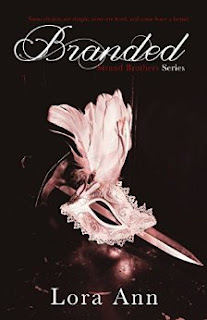 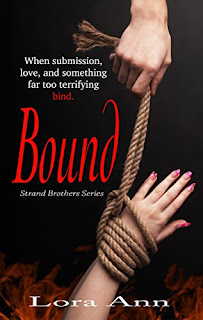 Twitter handle is @Loraann_
Posted by Unknown at 9:00 AM