New Release and Review: 13 Ways to Midnight - The Midnight Saga, #2) by Rue Volley

Rue Volley is an AH-MAZING AUTHOR! So Multi-talented and Creative! I adore her mind!
Here is Miss Volley's latest release: 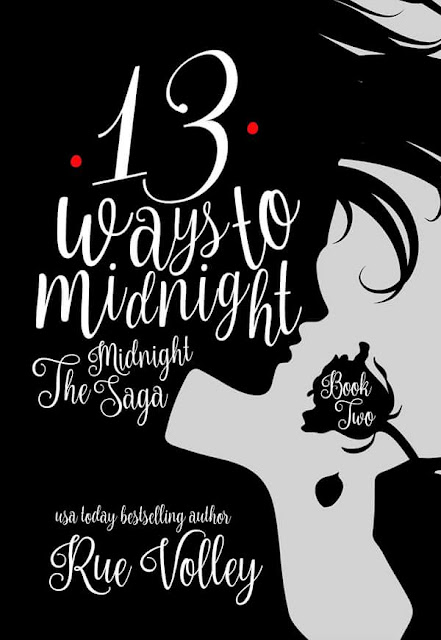 Once upon a time, there was a girl who didn't believe in monsters.Until now.Echo Midnight Navarri has reached her seventeenth birthday—alone.It's been well over a year since her twin, Midnight, slipped from her hand into a ravine shrouded in blue mist deep in the Brazilian jungle.The locals refer it to as the veil.Echo believes it is a nightmare. One that she can't seem to escape.Her parents, world-famous archaeologists, Peter and Alice Navarri, stayed behind after sending Echo to live with her aunt in a rainy little town at the edge of the world known as Port Royal. The search goes on, but the mystery remains.Echo continues to experience visions as the details of the events leading up to that fateful night start to reveal themselves to her.Piece by piece, bit by bit.Exposing the truth and forcing in the light where once there was only darkness.Despite everything, she has managed to make friends, even a new boy, by the name of Asher Tiberious Westbrook the third, a self-proclaimed warlock who doesn't mind that Echo tends to shy away from anyone who wants to be close to her. But she fears intimacy after losing her sister.Especially with him.Not Asher Westbrook. Thorn Vega. A boy whose terrifying secrets may outweigh her own.

I have been following Rue Volley for some years now. It has been an amazing journey watching Miss Volley grow and reach higher and dig deeper within while excelling at her craft.  This installment is by far some of the best writing from this author. I can tell that she had to reach deep down inside to bring this emotionally raw installment to fruition.

Written so beautifully - the emotions seemed to jump off the page straight into my heart. That's freaken Awesome! Excellent writing skills from an intelligent, dedicated, and multi- talented author. #RuesReads

This is a multi-layered, mind blowing, emotional rollercoaster ride that is easy to follow, and very hard to put down, unless it hit a raw nerve and sent me on a processing spiral.

Echo Midnight Navarri is turning seventeen without her twin sister, Midnight. She is dealing with a plethora of issues that are weighing heavy on her mind and heart. A very believable character with scenereos that mimic real life. Brilliant!

The world building is phenomenal, consistent, believable, dark, and well developed. Teenage angst, hurt, loss, betrayal, uncertainties, raw emotion, fear, anger, love in the mix... you are about to embark on a twisted, turbulent journey of the Rue Volley kind.

Grab the tissues and meet the beautiful, flawed characters within.

13 Ways to Midnight
- The Midnight Saga Book One - 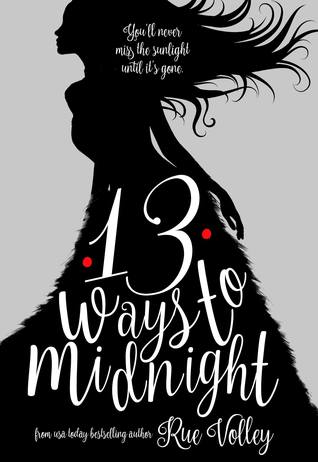