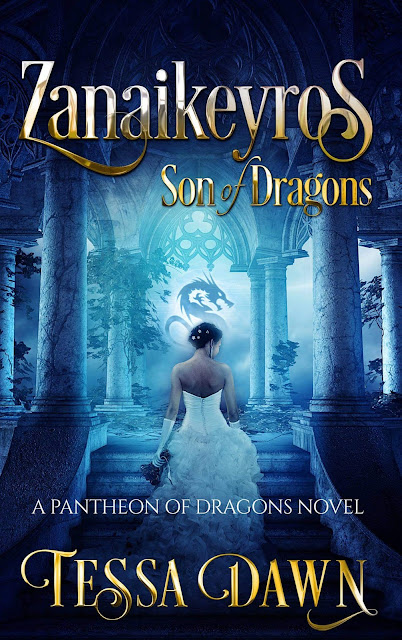 
What would you be willing to sacrifice for a chance to live…and love…forever?

From the bestselling author of the BLOOD CURSE SERIES & DRAGONS REALM comes a gripping, sensuous saga, full of danger, vampiric-dragons, and mystic fire: PANTHEON OF DRAGONS by Tessa Dawn.

Zanaikeyros Saphyrius, better known as Zane, is an original dragyri, a badass male, and a Genesis Son—one of the original embryos made by the dragon lords. Like all the Dragyr he has ten days from the time he meets his fated—a human female—to take her to the Temple of Seven and present her to the ancient dragon lords to be consecrated…remade…and reborn.

Jordan Anderson is as talented as she is independent. Despite losing her parents when she was only seven years old, she has managed to create a successful career, establish a comfortable life, and lay the groundwork for a safe, predictable future. The last thing she wants — or needs — is to enter a savage world teeming with demons, shadow-walkers, and fearsome dragon lords.


When Zane and Jordan’s lives cross paths in a dimly lit parking garage, an immortal flame is ignited…and the ten-day clock starts running.

Zane sees all the signs.
Jordan sees only a predator.
And a dark, perilous journey begins…

ZANAIKEYROS ~ SON OF DRAGONS: a fiery fusion of Dark Fantasy and Gothic Romance. 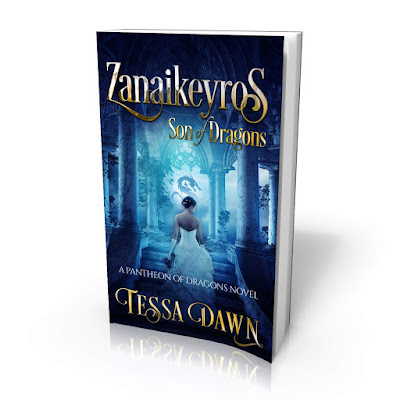 
Tessa Dawn Does It Again!! Awesomesauce Start to a Fangtastic New Series!


I can tell that Miss Dawn put a lot of research into this story. It shows in the Pantheon Temple as well as the dragon lord's rituals. And the names, so creative... A Well-written, multilayered story, that is easy to follow, and difficult to put down, especially when the scene in front of you plays like a movie. A plus in my book!


I absolutely adore Tessa Dawn's dark, edgy, and picturesque writing style. When this author puts pen to paper, imaginations soar into worlds like no other with truly remarkable characters that have heart, tenacity, sensuality, raw emotions, and so much more. It really spices things up when they are Drop-Dead Gorgeous.


Zanaikeyros "Zane" Saphyrius is one helacious badass! Not only is he an original Genesis Son, he is intelligent, sexy, dangerous, and protective. He is like a gentleman when it comes to his dragyra. I can't even fathom what it would be like to actually see him up close. In my mind he is tangible, I just want to reach out and touch him... Swoonworthy!!

Jordon Anderson is an intelligent, beautiful, compassionate, stubborn, determined, and strong - willed character who is dedicated to her career and friends. She has had her share of complications and is in no way prepared for the events to come.


But when their paths cross, the story embarks on an intensely suspenseful, and dangerous journey full of twisted turns that threw me for a loop on more than one occasion. There were a few times, I had to, refrain from chunking my tablet across the room, smile at a beautiful moment, or chuckle at an inner dialog. Engaging and Dark!


What would you do if you had a chance at true love forever? A Sensual journey into the story of Zane and Jordon. 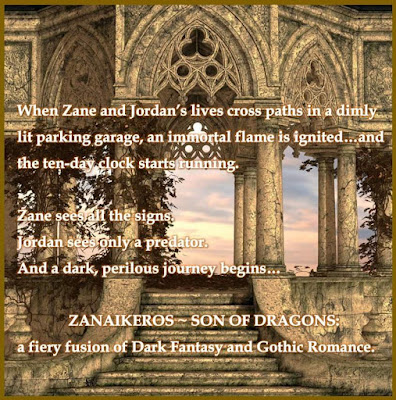 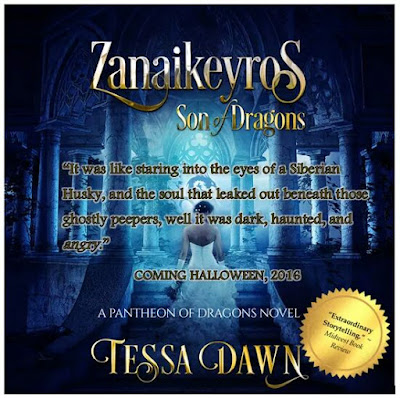 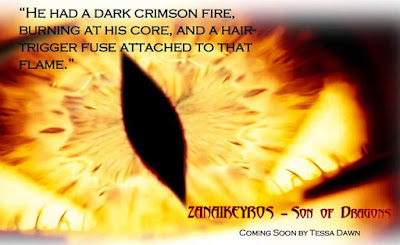 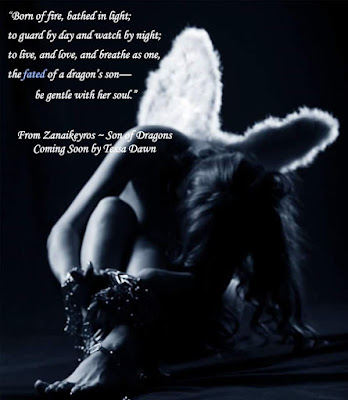 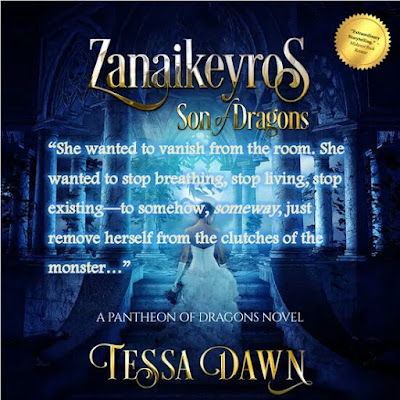 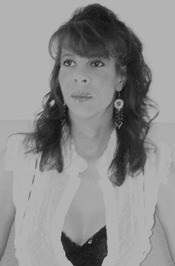 Tessa Dawn grew up in Colorado where she developed a deep affinity for the Rocky Mountains.
After graduating with a degree in psychology, she worked for several years in criminal justice and
mental health before returning to get her Master’s Degree in Nonprofit Management.
Tessa began writing as a child and composed her first full-length novel at the age of eleven. By the time she graduated high-school, she had a banker’s box full of short-stories and novels. Since then,  she has published works as diverse as poetry, greeting cards, work books for kids with autism, and academic  curricula. The Blood Curse Series marks her long-desired return to her creative-writing  roots and her first foray into the Dark Fantasy world of vampire fiction.
Tessa currently splits her time between the Colorado suburbs and mountains with her husband, two  children, and “one very crazy cat.” She hopes to one day move to the country where she can own  horses and what she considers “the most beautiful creature ever created” -- a German Shepherd.

Writing is her bliss. 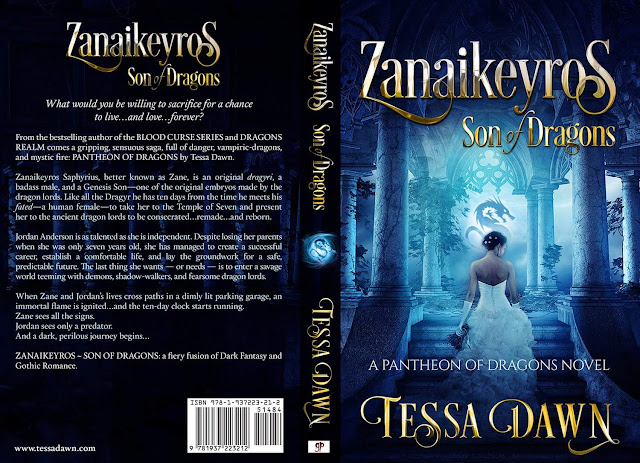