My Review: Sassy Ever After: Sassy Blaze by Claudy Conn 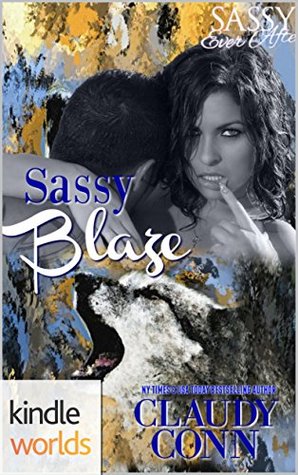 🔅Synopsis🔅
Zoie is working to get her PhD, but is suddenly caught up in the middle of the war being insinuated into the once peaceful world of the Bracken Pack.
A hunk of a hybrid enters her world. He makes her blood sizzle. She wants him. But, lust, is a dangerous thing for a woman like Zoie. She is afraid that if she gives him her body, her heart will follow.
Can she trust him? Who does he favor? Is he a player who will leave her broken-hearted?
The Brackens have taken sides with their long-time friends and neighbors, the Wolfe Pack. As they push to uphold Caleb’s alpha right to the Rahound Pack they encounter the sinister Rocco, Caleb’s uncle.
Rocco is ruthless and enlists the aid of rogue shifters, vampires and a warlock with a special gift. That warlock opens a portal to the demon world, and the Red Demons talons hold a poison that is deadly to shifters.
Rocco promises these sinister figures a great deal. Will the Bracken and Wolfe packs be able to defeat them? They appear to be surrounded.

OMGoodness! This spicy little gem is Smokin' Hot! I adore Claudy Conn's descriptive writing style, and it shows how much fun she had writing this story.

Full of intrigue, lust, multilayered mystery, spine tingling suspense, and steam, this novella does not disappoint!

Zoie and Owen, two very likable and personable characters... Zoie, the Bracken Pack Alpha's daughter, is intelligent, strong, a fighter, stubborn, and beautiful. Only Zoie doesn't see herself in that light. She feels like she has too much of this, and way more of that than she should.
Owen Slade, a hybrid shifter, wants Zoie from the moment he spots her. Will he ever convince her that he really wants her?

With the rogues causing a ruckus, the two long time packs are on alert and join forces to combat Rocco, an evil s.o.b., who wants to his Alpha nephew's pack using whatever means are available.

Will the packs survive the oncoming war? 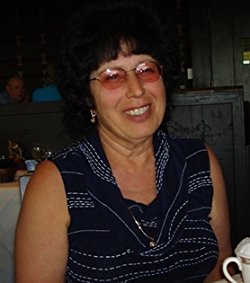 Some may know Claudy Conn as Claudette Williams/Melanie Davis, two names she used when publishing her regency and historical romances, with Random House, Zebra and Doubleday.

New York Times and USA Today bestselling author who writes historical and regency romances, has stepped into the world of paranormal romance as well, with her hits such as The Legend Series, Through Time Series and the Shadow Series.

We asked what does she do when she isn't writing and she tells us, she and her hot husband love hiking, swimming, traveling and playing with their variety of animals--wolf Cherokee and her now overgrown hybrid pup, Rocky the Man, included.

Her favorite things she says are, chocolate, fries, and pizza.

🔅Author Links🔅
She loves to hear from her fans, so visit her at her Website: www.claudyconn.com

She can also be found quite a bit at her author page on FB:
Claudy Conn ~ Paranormal Romance Author
Amazon 🔅 Goodreads