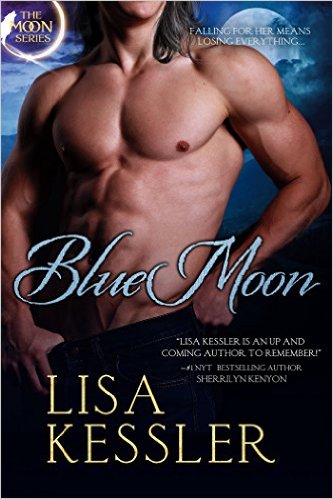 Add it to your Goodreads TBR

She’s his muse, his mate, and completely off-limits…

He’s a jerk, a recluse, and her newest assignment.

Until he broke her heart, Vivianna Lopez loved Logan Reynolds.

Five years later, she’s an aspiring music journalist and he’s the camera-shy lead singer of Logan and the Howlers.

Armed with a backstage pass, Vivi’s back in her hometown of Reno, nestled in the shadows of the Sierra Nevada mountains. She must score an interview with Logan to land her dream job - otherwise it’s back to Boston, with no scoop and no job. It’s just business–at least that’s what she keeps telling herself.

Logan still loves Vivi, his soul mate, but there’s something even she doesn’t know about him: He turns into a werewolf every full moon and a secret organFacebookis hunting down his Pack.

Vivi may not have Logan’s senses, but she can sniff out that he’s hiding something. He knows it’s only a matter of time before the truth about him - and his Pack - is revealed.

And then he really will lose her.

For all the info on the Moon Series... Go to
Lisa's Lair ~ Moon Series 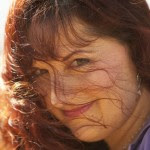 Wow! Goodreads just asked me for my city of birth and date of death... What if I could answer that? Would I live life differently if I knew for sure how much longer I had left?Interesting thought.That's generally how my writer brain works. I've been dreaming up stories since I was in elementary school. My first book was titled "The Wonders of Unicorn Creek" and my publisher was Dehesa elementary school.Since then, I've published numerous short stories in anthologies and magazines. My story, "Immortal Beloved" was a finalist for a Bram Stoker award and was recently re-released in the "Dead Souls" anthology, along with a follow-up never-before-published story, "Subito Piano".My debut novel, Night Walker, was released in 2012 and won a San Diego Book Award for Best Published Fantasy-SciFi-Horror. Night Walker also won the Romance Through the Ages in the Best Paranormal and Best First Book categories.Since then, Night Thief and Night Demon have been released. The final book, Night Child will be released in March of 2014.In the meantime,I have a new series beginning in July 2013 with Moonlight, Book 1 in the Moon Series. I also post news and short stories on my Blog, so feel free to stop by for a read. http://Lisa-Kessler.comParanormal tales are my favorite and I tend toward the dark side. Join me? :)

Otherworld
Posted by Unknown at 4:29 PM