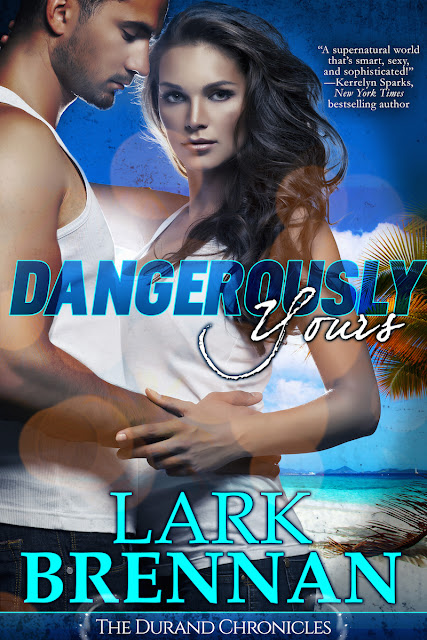 The Caribbean: home to crystalline beaches, scorching passions, and a twisted power hell-bent on destruction. DANGEROUSLY YOURS is a sizzling paranormal romance in which love is not the only force of nature…

Whales don’t just vanish from the ocean, but marine biologist Lex Durand saw one do just that. With years of research at stake and driven by the imperatives of her telepathic bloodline, she seeks the help of scientist-in-hiding Bodie Flynn—a man with little regard for others, and even less regard for Lex’s wealthy and secretive family. But while Lex was warned Bodie would be difficult, she never expects to find he has psychic abilities equal to her own.

Bodie despises being trapped in Durand Tech’s version of the witness protection program, and when a gorgeous, whip-smart Durand heiress lands on his beach asking for help, he’s unhappier still. The last person he wants in his life comthe sister of the man who ruined him, but the disappearance of Lex’s whales could be related to the bizarre energy shifts he’s been studying in the Caribbean. He doesn’t trust Lex, but he needs her data, and isn’t above using her to get it.

As the dangerous force behind the changing seas becomes deadly, Lex and Bodie must put aside their personal agendas to track down a powerful foe. But when their attraction reaches a boiling point, facing their feelings may prove the hardest battle yet.

“Yo, Talos.” She waited on the dock, peering into the open hatch. “Bodie, you down there?”
His head appeared in the companionway and she drew in a quick breath. With a couple days of stubble he looked more like a pirate than a scientist—dangerous and sexy.
“You the welcoming committee?”
“How was the sailing? Did you miss the storm off Guadeloupe?”
“Yeah, but a series of squalls hit early this morning in the open water between here and Saba. Made things interesting for a few hours. I was about to get in the shower and clean off the salt spray.”
“Right. Any change in the energy in the Trench?”
“No new hot spots in the area. Any news about your whales?”
Lex shook her head. “Get your laptop and we can go to the Ariel and start downloading Poseidon’s physical data. I think I’ve filtered out most of the non-relevant readings and…”
He lifted a hand to cut her off. “Whoa, princess. I’ve been sailing 24/7. I’m not going anywhere until I get cleaned up and eat.”
“Sure. Sorry. I’m anxious to get started.” Waiting for him had already pushed her patience to its limits, but she certainly wasn’t going to let him know that. “The team’s meeting up for dinner at seven at a restaurant in town. We’d like for you to join us.”
“Sorry.”
“Sorry? What’s that supposed to mean?”
The corner of his mouth quirked in a half smile. “It’s a polite way of saying no.”
“No?” Was he kidding? Planting her hands on her hips, she fixed him with her do-not-mess-with-me glare. “Wrong answer. Let me rephrase it. The team is meeting for dinner and you will be there. We’ll get to work first thing in the morning so tonight is the best time for everyone to get acquainted.”
“Do you get a lot of results with that hands on your hips thing?”
“Usually.”
“Our deal was I only mix when I want to and I’m not a part of your team.”
“Bodie, be reasonable. You’ll need to work with these people, and this is just eating and chatting a little. Surely that isn’t beyond you.”
He crossed his arms across his chest, which stretched the cotton over his massive shoulders and flexed an imposing pair of biceps. “How about a compromise? You have dinner with me at eight at the restaurant here at the marina. You can brief me on your team and we can discuss how we’re going to investigate the situation in the Trench.”
She knew when she’d met an immoveable object. On the other hand, his compromise might be construed as a date by the others. “Do you object to David Latham joining us? He’s the captain of the Ariel.”
A brow cocked. “Do you need a chaperone, Ms. Durand?”
“Of course not. I just thought...”
“No Dave. You and me. Eight o’clock, unless you’d like to come by earlier for a drink.” His deep voice held a challenge.
“Eight at the restaurant,” she said and turned on her heels, ignoring his triumphant chuckle. 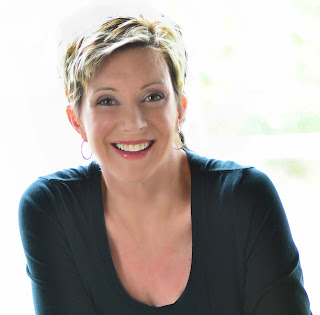 Lark Brennan's love of reading, writing and travel has led to a string of colorful jobs and a well-worn passport – including a few years spent sailing and diving in the Virgin Islands (the setting of her first novel). She now works in marketing and public relations by day and writes romances set in exotic places by night. Lark dreams of one day moving to Paris, and in the meantime lives in Texas with her brilliant husband and two adorable canine “children.”