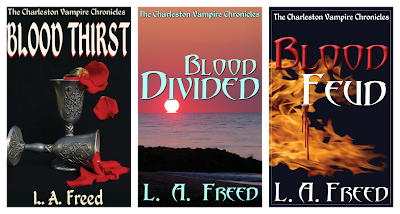 I am so enthralled with this series, it is so different than anything else I have read out there. I was asked if I wanted to participate in this Blog Tour, of Course, it is VAMPIRES!! LOL I am so glad I did, if you like realistic vampire reads, then this is one for sure. 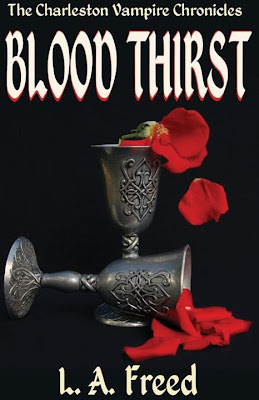 My heart slammed inside my chest as I fought him. My fear became anger; I knew I would die before I'd let him violate me. I squirmed beneath him and bucked violently, nearly knocking him off. He retaliated by driving his weight harder against me and shoving his knee into my belly. Vomit rose in my throat.
Cold pain pierced my neck, and I drew in a strangled gasp as I realized he must have a knife. Wet warmth slid across my throat. He pressed his face against me and locked his mouth over the source of my pain.
Warmth spread through me and grew into the heat of need. I found myself pushing into him as my fear dissolved. My heart slowed and matched each pull as he drew the very life out of me. Pounding. Pounding. Pounding. It was ecstasy, and I wanted it to go on forever. Then the sound of my heart grew faint, and he pulled away from me.
He lifted his head and turned to look at me. Blood colored his lips like the grease paint smile of a clown, and ran in a jagged line from the corner of his mouth to the tip of his chin where it hung in a small, clotted drip. He smiled. The sight of the small, sharp fangs shocked me back into fear. THIS IS DEATH.

My rating: 5 of 5 Hearts
ARC for Review. OMGosh Thanks for the opportunity to Read-N-Review this first Installment of Charleston Vampire Chronicles - Blood Thirst by L. A. Freed. It does NOT disappoint.

First off I went into this blind, not knowing what to expect. WOW! I was drawn in from the start when Angela Trenton is attacked and left for dead. As she wonders what is happening to her, Elijah, an older vampire enters her world and the story takes off into an amazing journey through Angela's vampiric transformation. Angela is dead and Ainjul is born, I think because Elijah is from a different time, his pronunciation is different, anyway, Ainjul is the name used for Angela from this point on.

As Ainjul goes through the 3 month transformation, the author's writing describes what is happening in detail making this story uniquely different from all others I have read.. She has even a canine vampire, now that is an awesome twist, the name of this canine is, well let's just say, fun. When Ainjul finally meets Matthew the story gets really intriguing, a real page turner for sure.

The world is very well described, consistent, full of intense emotions, mystery, suspense, terror, and a little of well placed humor. I enjoyed reading this immensely... The characters are well described bringing their victories and defeats to life.. Absolutely Amazing..

I would recommend this read for those 18+ and over due to its mature theme. 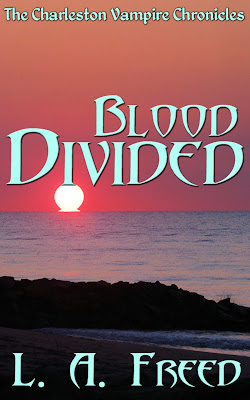 Overwhelmed with guilt at the sin that was his undoing and the monster he's become, the vampire, Matthew Trenton, stows away on a ship bound for the New World in an attempt to start over.
Through sheer perseverance, he survives the hardships and savagery of the untamed shores of Charles Town. Then, vampires begin to come to him to die, and he realizes what an enigma he is among them, but why? What makes him so different?
He needs mortals for blood, but also depends on them for companionship and verification that his existence has reason.  He has an overwhelming need to guide them, protect them, and sway them with his ideas for the future of his new country.
As his mortal companions die, and his country begins to tear itself apart in war, he faces despair so deep that he contemplates his own end … until he sees his sister's child on the docks.
Filled with a new reason to exist, he watches his family grow.  Time comes full circle when Angela Trenton is born. She not only carries his family name, but is the very image of his beloved sister. He falls hopelessly in love with her. And he knows in order to keep her with him forever he will need to discover why his blood is divided. 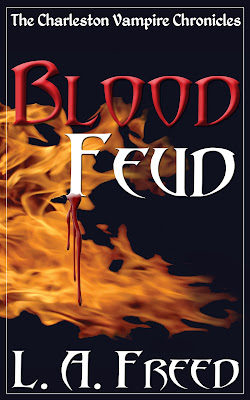 Fifteen years ago, an auto accident killed Kate Delwen’s husband and son. In an instant, her life changed forever. Little did she know then, their deaths were no accident.
Tonight, her life will turn upside down again, just as the immortals intended so many years ago. She will die, be reborn and emerge as a reluctant hero amid a world of powerful vampires embroiled in an ancient Blood Feud. 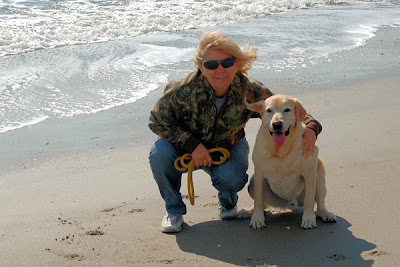 L.A. Freed, author of The Charleston Vampire Chronicles, is a true renaissance woman and lives, works, and plays in Charleston, SC. She is employed full time and works nights at The Post and Courier. It's highly unlikely that she sleeps in a coffin during the day because she's too busy training dogs to compete in AKC, USDAA and CPE agility and obedience. She also dabbles in photography and art, and has won numerous awards for her work. In a past life she trained, showed and boarded horses. She is a life member of the AQHA and owns two Quarter Horse mares.


a Rafflecopter giveaway
Posted by Unknown at 12:00 AM