Howdy Everybody!!
Another one of my favorite series is a FREEBIE on Amazon... 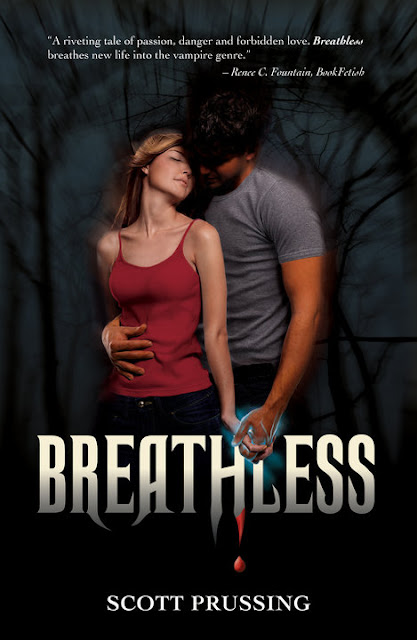 Breathless is the first book in the Blue Fire Saga, a paranormal romance series set at a small college in present day Connecticut. There are currently four books in the series.
Weston College freshman Leesa Nyland has been fascinated by vampires since she was three years old. That's when her mom started acting weird, insisting sunlight hurt her skin because she'd been bitten by a one-fanged vampire.
But fascinated doesn't mean Leesa believes. Any more than she believes in blue fire, people who live for centuries, and kisses that can kill. But when her beloved older brother suddenly disappears, she is forced to consider all these and more. She also has to figure out what to do about her mysterious new boyfriend. She knows Rave likes her a lot--so why won't he kiss her?
As Leesa draws closer to finding her brother, she faces some gut-wrenching decisions. Should she risk her mom's life trying to "cure" her? Should she continue seeing Rave, after he reveals his dangerous secret? And most terrifying of all, should she make the ultimate sacrifice-give up her humanity-to save her brother?