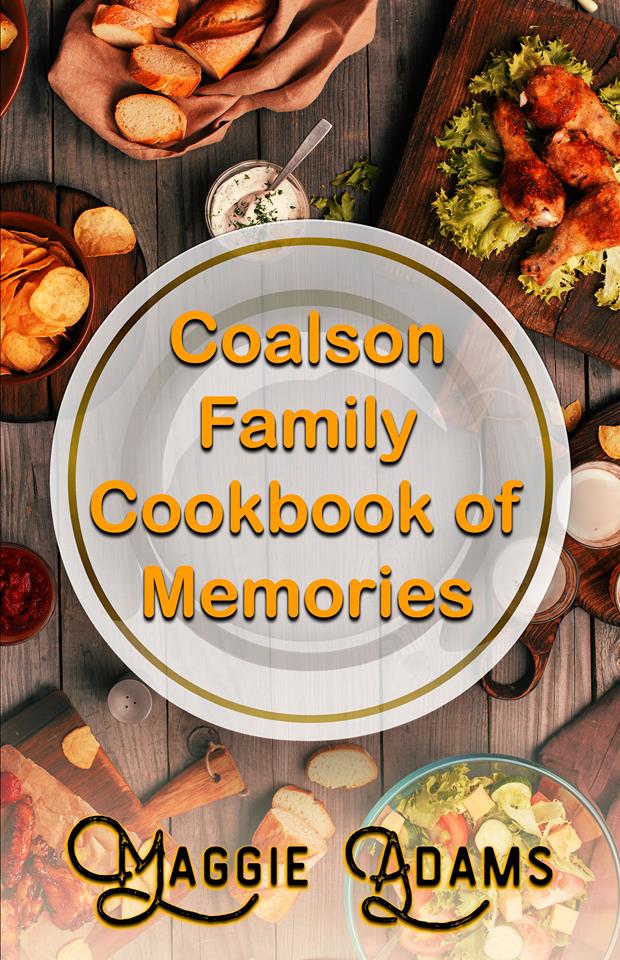 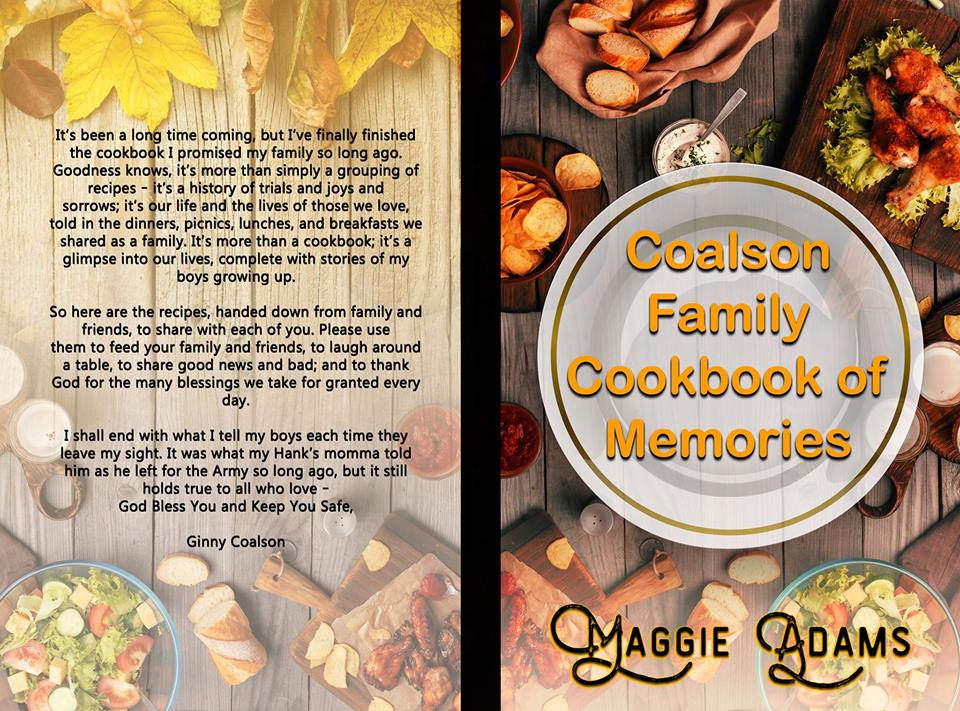 Since the Coalson brothers first appeared on the publishing scene in 2014 in Whistlin' Dixie, readers and fans have been asking about the wonderful food Mama Ginny Coalson served at their Sunday dinners. Well, never one to disappoint my fans (I hope), I made your wishes come true (and Ginny's too, as she was working on a cookbook for a fundraising effort).

I gathered all the food talked about in the Tempered Steel Series, added some of my own plus friends, fans, and other authors, to make The Coalson Family CookBook of Memories a truly down-home cookbook. It's filled with yummy comfort food, warm friendships, and even some short stories of the brothers growing up, told by Mama Ginny, herself. Oh, and like any good friend, I left out all the calories and guilt!

I hope you enjoy the cookbook and the memories from a woman everyone would be happy to call "Mama." 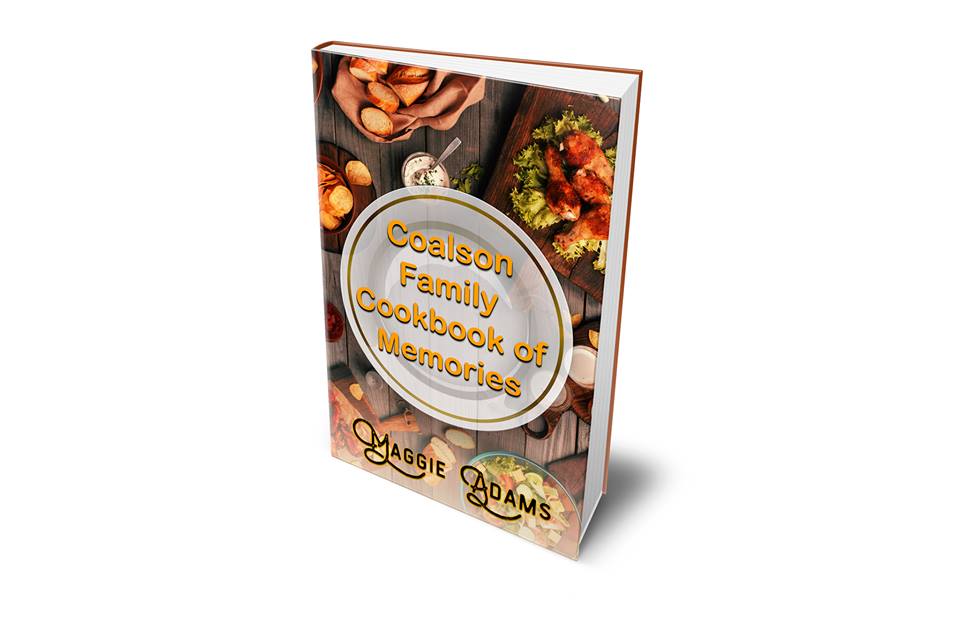 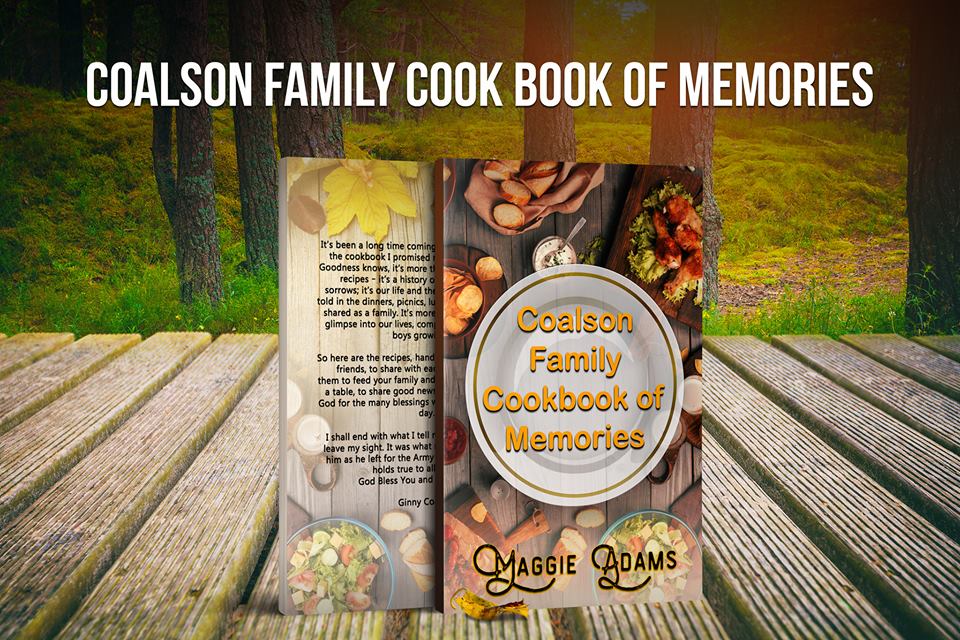 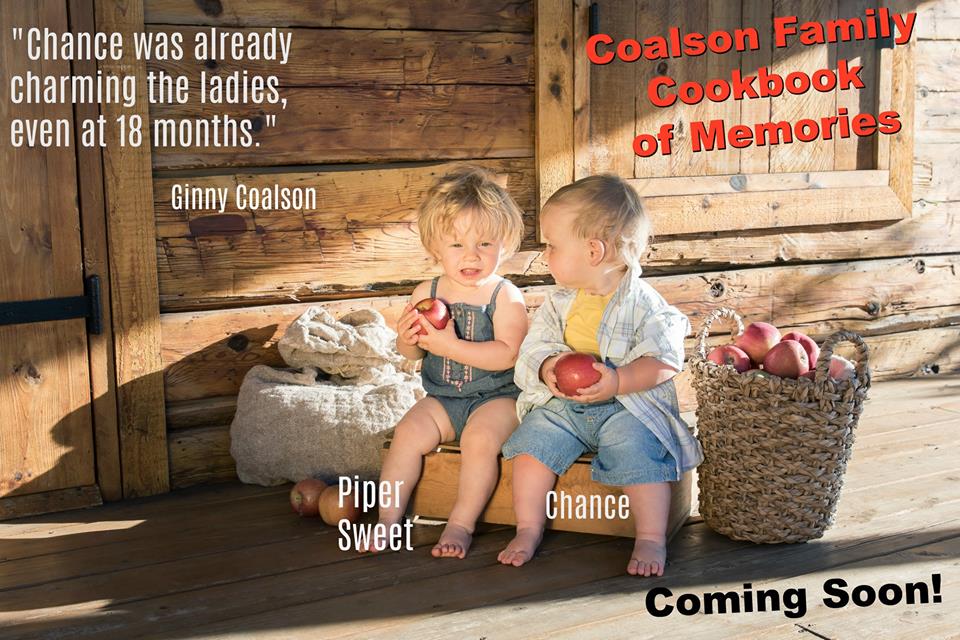 Maggie Adams is an Amazon Best Selling contemporary romance author. Her first book in the Tempered Steel Series, Whistlin’ Dixie, debuted in Amazon’s Top 100 for Women’s Fiction, humor, on November, 2014 and then again at #61 in 2016. Since then, she has consistently made the Amazon best seller 5-star list with Leather and Lace, Something’s Gotta Give, Love, Marriage & Mayhem, and Forged in Fire. She is also the recipient of the Dayreader Review’s Best New Series Award for 2015. Her series has launched the tiny town of Grafton, Illinois, into International recognition with sales in Mexico, Ireland, Scotland, Australia and the UK.

When she's not writing, she enjoys traveling (usually just to the grocery store), dancing (around the kitchen to avoid cooking) and relaxing with her family (aka taking a nap while watching a movie). She loves to chat, so feel free to look her up! 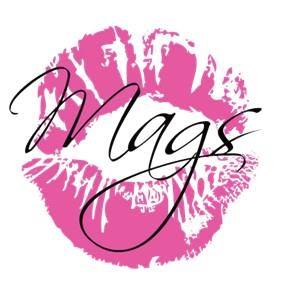