Clean Teen Publishing presents the new release of the third book in The Ransomed Souls Series by Melissa J. Cunningham. THE UNDOER is now available! Readers can order their copy today at a discounted rate that will last through Friday. If you haven't started this amazing young adult paranormal romance series, now is the time since you can get all 3 books for $4.98!!! RELUCTANT GUARDIAN is FREE today, THE ELEMENTALIST is $.99, and THE UNDOER is $3.99 until Friday! Fans of Cassandra Clare's LADY MIDNIGHT will love this series. 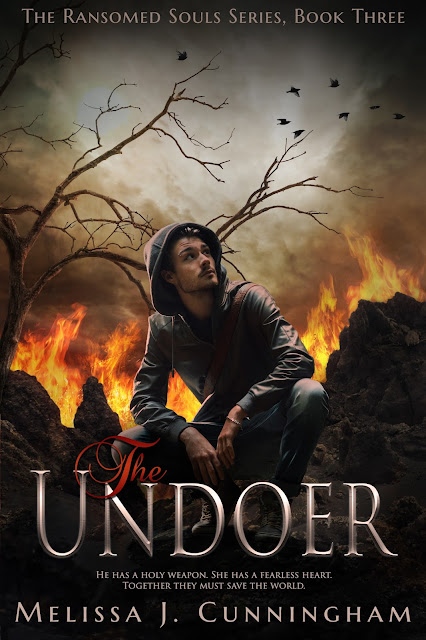 They call it The Door to Hell. It’s a blackened crater that never stops spewing up poisonous gas. But gas isn’t the only thing coming from the bowels of the Earth…
They slither out, those malevolent souls—demonic filth that wreak havoc and destroy lives. They don’t even pretend to hide…
Brecken, an ex-demon trying to find redemption, is given the task of closing The Door. It’s a seemingly impossible task. A group of teens who call themselves Cazadors will be his allies. These extraordinary youth can see the demons when no one else can, but Jag, their leader, wants nothing to do with Brecken.
Brecken must earn their confidence and defeat the demon horde infiltrating the Earth.
The Cazadors might not be much… but they are all the world has.

Who is your favorite character in this book. Why?
Dang! I can’t decide. Seriously. I love them all so much. They
are all so different, with awesome strengths and weaknesses. I love
Brecken, because he’s been such a fun character since the
beginning of the series. I love Heidi, as she carries my daughter’s name and becomes a badass warrior princess in this book, and absolutely loveDean because of his heart and fierce loyalty to his friends.

Who is your least favorite character in this book. Why? Lily, because she’s just a mention LOL

How is (title of book) different from other books in its genre?
It’s not really. The title says something significant about the main character in the book. And Brecken is absolutely The Undoer.

What would you say to entice a reader who isn’t familiar with the genre to read your book? That this story had EVERYTHING! Adventure, action, battles, romance, heartbreak. And if you like the paranormal, this book’s for you!

What was the most challenging part about writing The Undoer?
Going as slow as I had to. I had Lyme Disease, and even though I’m over it now, it left some damage behind, so now
I get mentally tired
REALLY fast. I was only able to write for short periods at a time.

It is said that writers will always put a bit of themselves into whatever they are writing. Is that true for you? Do you relate to any of your characters?
Absolutely. Every character is a piece of me in some form or fashion. I thinks it’s impossible to not do this. Everything we write about comes from our own brain. The things we remember, experience, dream about, imagine. So yeah. Since it comes from inside, they are all bits and pieces of me and the people I know, love, and care about.

Some authors plan ahead, making a plot outline of how they intend for the. story to unfold and some will allow their muse to take over, writing the story as it is revealed to them. What writing method did you use for The Undoer?
I definitely write by the seat of my pants. I do have a rough idea

How long did it take you to write The Undoer? A year! Can you believe that?
A freaking year! I would love to right at least two books a year and three would be even better.

What was your inspiration for writing The Undoer?
My publisher wanted a third book. LOL But the funny this, this has become my very favorite of all the books I’ve written.

If you could sum up The Undoer in just two sentences, what would you say?
I’d use the tag lines on the front cover. “He has a holy weapon. She has a fearless heart. Together they must save the world.” 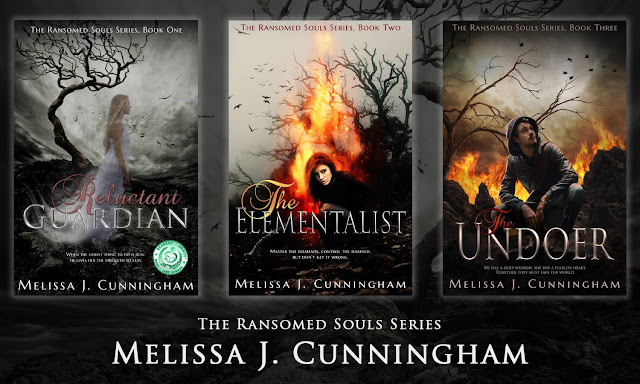 
The clanking of keys


rattles outside my cell door. I’ve been lying here for a while, my
throat growing scratchier as the minutes tick by. “Who’s there?”
I call, but it only comes out as a croak.


open and Brutus—the guy who kidnapped me—steps in. Yeah, I gave
him a nickname. It’s my thing after all. A dim light shines on him
from behind. He looks bigger than before, if that’s even possible.


he says with a smile in his deep, resonating voice.


When I don’t move


quickly enough, he grabs me by the arm, yanking me from the metal
cot. I bang my knee on a steel bar and barely find my feet before he
starts hauling me out of the room. At the end of the hall, we pass
through the storage room with the stairs that lead out to the alley.


that door though, but skirt through the storage room that’s lined
with shelves of canned goods. Between two of the tall shelves, we
stop at what looks like a cement wall. Brutus reaches behind some
canned peaches and flicks a switch. The cement wall screeches,
sliding open to reveal a long, black corridor.


darkness in that space stretches its inky fingers and wraps them
around my quivering heart. Like suffocating liana vines, squeezing
the life out of its host tree, the life leaches out of me just
thinking about what lies beyond this door.


in there.” I dig in my heels, pulling back.


Brutus stares at me,


his smile wide and his eyes crinkling in humor. His dark hair is
slicked back with gel. He looks more like a Mafioso each time I see
him. “You’ll be entertaining. You show such defiance! I almost
can’t wait.”


As I glare back at


him, my fingers curl into fists. Next to him, I look like a pathetic
wolf pup rather than something fierce, but I want to hurt this guy.
“I’m not your toy.”

Win a CTP eBook of Your Choosing! 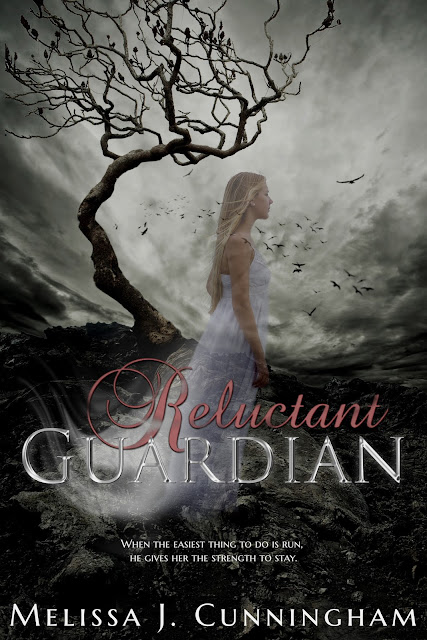 Death was nothing like sixteen-year-old Alisa Callahan thought it would be. Resting on pink, fluffy clouds for eternity with her gram and best friend sounded like a dream come true. After all, enduring one torturous experience after another in her short life deserved some kind of reward, right? Unfortunately, eternal rewards aren't given out so freely when you take your own life.

Required to pay the debt for her actions, Alisa must become a guardian. It sounds easy enough, but not when the boy she is forced to protect has a dangerous secret and wants absolutely nothing to do with her.

Brecken Shaefer isn't any normal teenager. He has special gifts that are sure to make Alisa's afterlife miserable. When feelings develop between them, everything spins out of control. Not only must Alisa face her own demons— but to protect Brecken, she must face an evil so heinous that it threatens to destroy their souls completely.

Alisa is tired of hiding from her past. When the easiest thing to do is run, can Brecken give her the strength to stay? 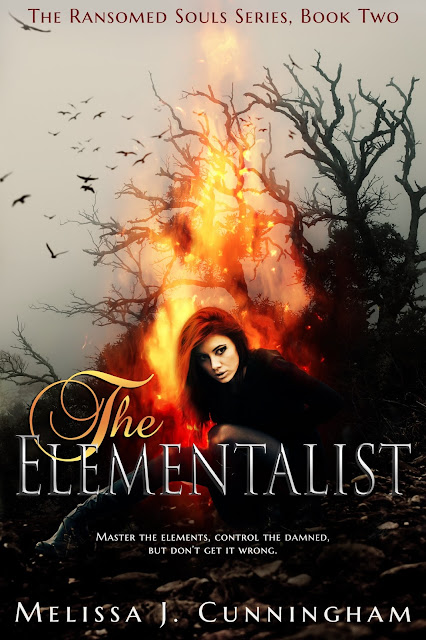 Deceased Alisa Callahan thinks nothing could be worse than watching the boy she loves move on in his life without her… until she is ripped from her less-than-peaceful existence in Elysium to be trapped… in someone’s else’s body.

Seventeen-year-old Claire Balister wants only one thing. To master the art of Elementalism. To accomplish this, she must to learn to control a damned soul. Her old classmate and suicide victim, Alisa Callahan, is the perfect candidate. But when the spell goes wrong, Claire finds herself in the worst possible situation… sharing her body with an unwanted guest.


Everything swirls out of control when Alisa learns her entrapment is all part of a set-up, an elaborate scheme to keep her out of the way while demons take over the realm of Idir Shaol. Her only hope rests with a boy who can’t remember her, his past, or more importantly, who he really is…


One of the bad guys. 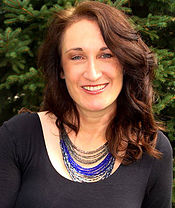 Melissa Cunningham (also known as M.E. Cunningham) was born in Oregon but  grew up in Utah, where she was raised on a steady diet of fine literature from Charlotte’s web to the The Trumpeter Swan, and then plenty of romances in her teen years. She now lives with her husband on a little farm in northern Utah where all she can see out of her back door is miles of pasture and stunning sunsets. Not only does she raise horses, dogs, cats, and chickens, but her five kids also. When Melissa is not writing you can find her spending time in the outdoors with her family or dancing wildly to rock music in her living room. She loves running, camping, and all things fiction—scary, mind-numbing stories preferred. 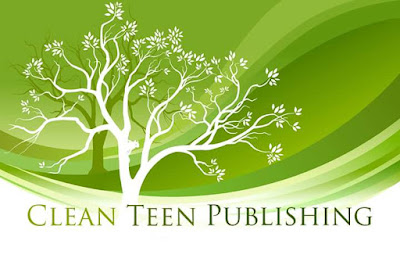