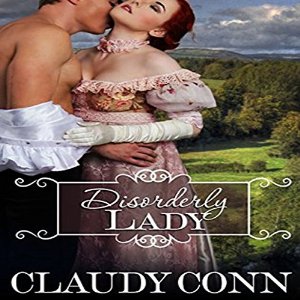 She tried to best him at his own game!
Arabella Cullingham's latest flirtation leaves her blue-deviled when the handsome colonel leaves without saying good-bye.
Her brother determines that a London Season is what his pretty sister needs to mend her broken heart.
Enter the dashing Earl of Magdalen, a confirmed bachelor whose female acquaintances run to women of dubious reputation.
They meet quite by accident and circumstances allow him to deduce she is a light-skirt!
Bella, for her own reasons, decides to play along, never thinking that the game might cost her the man she truly loves!
©2014 Claudy Conn (P)2014 Claudy Conn

OMGoodness! The comination of Claudy Conn's writing and Stevie Zimmerman's narration is Amazeballs! I Love this Book! Claudy Conn is one of my favorite authors... this is such a wonderful, racy regency.

Arabella (Bella) and Brently (Brent) Cullingham are siblings who lost their parents at sea in their youth. Quite an amazing read. I could listen to it over and over again.

Full of playful twists and unforseen turns, this multi-layered, coming of age, and steamy read has it all.... romance, humor, lust, betrayal, and steam and then some!!

I don't use spoilers in my reviews as they spoil it for others.


Listened to the Audible Edition.

http://www.audible.com/pd/Romance/Disorderly-Lady-Audiobook/B00QMX831C
Posted by Unknown at 1:17 PM