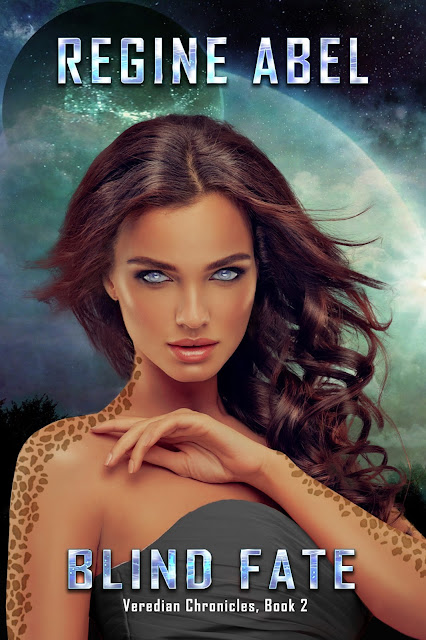 Synopsis:
Born in a breeding compound, Valena has never known a day of freedom. As a child, her master burned her retinas to prevent her from mind-controlling those who meet her gaze. But she still controls people’s thoughts with a touch. Sold to the Xelix Prime Blood Houses, she is forced to use her ability to keep the other slaves compliant. When Fate places a powerful Counselor in her path, she plots and schemes to use him to escape, until her feelings for him complicate matters.
As her new master’s plans take on a darker turn, lies, betrayal, and tragedy threaten any hope she ever held of a better future.
This book is standalone and the sequel to Escaping Fate: Veredian Chronicles Book 1 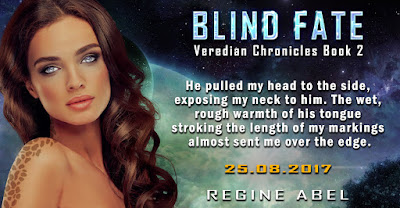 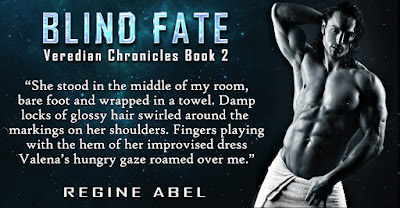 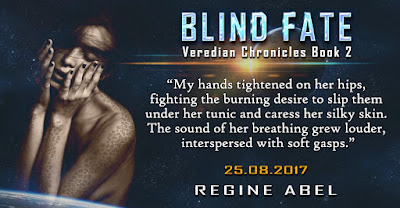 Regine Abel is a fantasy, paranormal and sci-fi junky. Anything with a bit of magic, a touch of the unusual and definitely a lot of romance, will have her jumping for joy. Hot alien warriors meeting no-nonsense, kick-ass heroine give her warm fuzzies. Through her Veredian Chronicles series, Regine will take you to an exciting alien world full of mystery, action, passion and new beginnings. Follow Amalia and her Veredian sisters – enslaved, exploited and hunted – as they fight for their freedom and the right to love. In her Dark Tales series, Regine will make you rediscover the fairy tales of your youth in a sexy, dark, and twisted reimagining of the classics.


When not writing or reading, Regine surrenders to the other passion in her life: video games! As a professional Game Designer and Creative Director, her career has led her from her home in Canada to the US and various countries in Europe and Asia. 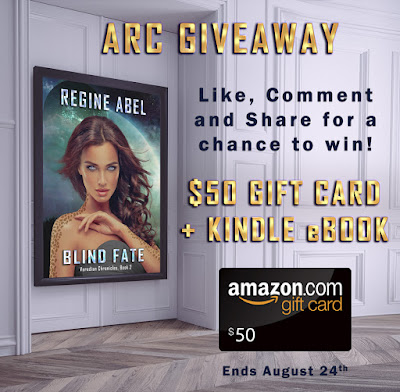 Giveaway link:    http://smarturl.it/BF_ARCGiveaway
Posted by Unknown at 6:00 AM