Never before have magic and machines come together in such a way as brought to you by the sixteen authors, poets, and artists of this collaboration. When the world of the Fae meets Steampunk, all things are possible and there are no limits to the places you will visit, the creatures you will meet, and the technology that you will discover. Put a little magic in your gears and open up your minds and hearts as you enter the world of Steampunk Fairies.

There will be games, prizes and tons of fun! Join the Party here! 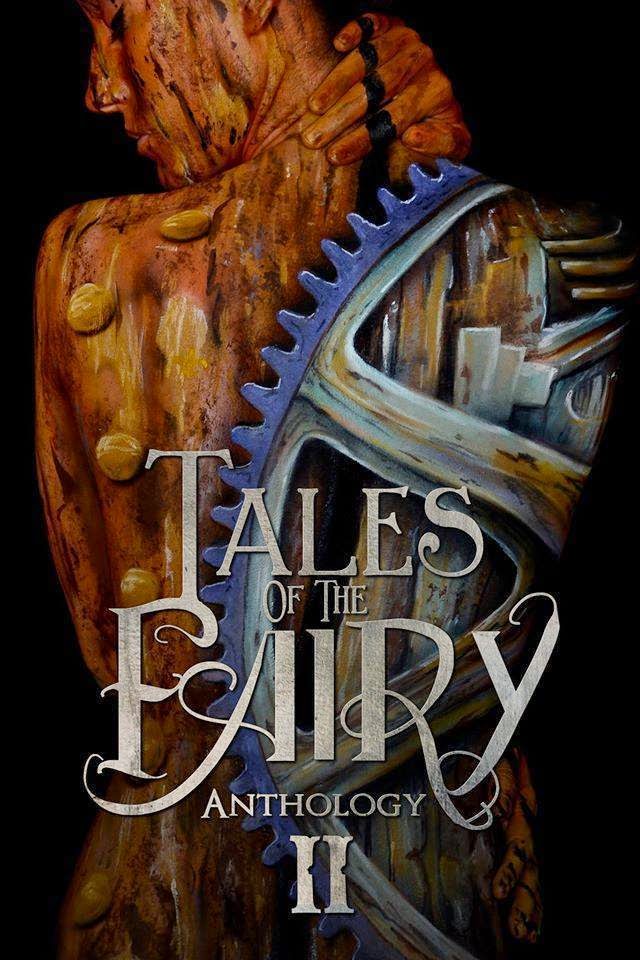 Samantha Allard:
Once upon a time, in a galaxy far away, passed the farthest star in the sky and where the horizon meets for its kiss with the land, Samantha battled evil drones. The drones were six feet tall, had three sets of hands, and it was best if you didn't mention the third eye. (They don't like it when you bring it up.) She wields words like a sword in her hand and cuts down her foes with the skill of a ballerina wearing flip-flops and juggling chainsaws. (She knows how to multitask.)

Michelle Cornwell-Jordan:
Michelle is a New Adult/Young Adult Author, who enjoys writing Paranormal, Dystopian and Dark Fiction. She is also the producer (and one of the Hosts) for the online radio segment IndieReview Behind The Scenes Internet

Michael Cross:
Michael Cross has been a writer and amateur explorer for most of his life. He began submitting his original writing in 2013 with two short stories, Tell Her She was Loved and The Promise, both accepted by Xchyler Publishing and are due to be released early 2014 in anthologies. Most recently he is a blogger and works to share his love of the past and all things steampunk (whenever he is not working as a shrink). You may learn more about him at The Hidden Library of Michael-Cross or on Twitter @TheCrossLibrary.

Nicole L Daffurn:
Nicole’s love for the written word has seen her write many short stories and poems and then eventually moving on to tackle the bigger task of novel writing late in 2011. She has also completed her course in editing and is currently studying Journalism and looks forward to exploring the world of news media.

Stephen T. De Marino:
Stephen is primarily a sci-fi/paranormal weirdness writer, hailing from the County of Humboldt. His previous publications were with CHBB's Fractured Fairy Tales, and FireFly and Wisp's 13 tales of the Paranormal. Before that he had articles published with Gridiron Strategies and American Football Monthly. When he isn't trying to headbutt his desk, Stephen can be found tooling around Northern California selling hardware.

KC Finn:
KC was born and raised in Cardiff, South Wales, where her love for storytelling grew at a precociously young age. After developing the medical condition M.E. / C.F.S., Kim turned to writing to escape the pressures of disabled living, only to become hooked on the incredible world of publishing. As an author for Clean Teen Publishing, Kim spends most of her time locked in the writing cave with an obscenely large mug of tea. When not writing, she can be found studying for her MA in Linguistics, watching classic British comedy, or concocting evil schemes in the secret laboratory in her attic.

Audrey Gibson:
This is Audrey Gibson’s first published short story. Audrey loves all things post-apocalyptic, sciencefiction, and fantasy. Her two sons haveinspired her to share her imaginary worlds with everyone else. When not writing to maintain her sanity,Audrey likes to spend time outdoors. Another passion she has is for entertainment in all forms. Whether it is art, music, acting, writing,etc. she cannot get enough.

Jeannette Joyal:
Jeannette Joyal lives in North Carolina with her husband for the last 14 years. A proud mother of four daughters, one son and has also been blessed with six beautiful granddaughters who are the light of her life. She works for Hot Ink Press as Head of Strategic Marketing. She has recently tried her hand at writing and has completed a couple of poems. Both have now been published with Crushing Hearts. This has given her the encouragement to write some short stories.

Samantha Ketteman:
Samantha Ketteman has resided in southern Illinois for 7 years, (though still claims to be an Alabama girl), with her husband and three crazy demon children. She started reading novels at a very young age and decided to write for herself. She is a caffeine addict, insomniac, and generally scatterbrained most of the time. When she’s not writing, she’s getting lost in her imagination. Novels are an escape from the harsh reality of a cantankerous teenage boy and two drama queen girls.

Elizabeth Ann Lance:
Elizabeth lives with her husband, Brandon, their two teenagers. She is the author of the Young Adult series, Soul Mates; the Regency series, Agents for the Crown, as well as several novellas, all published with Crushing Hearts and Black Butterfly Publishing.

CL McCollum:
CL spends her time delving into the wonder of the world. She’s always been drawn to the “How?” and the “Why?” and the “Is this even possible?” While her debut novel is on the road to publication, C. L. has contributed to multiple anthologies, and also co-edits a charity anthology series known as “Clichés for a Cause.” Currently, C. L. is keeping it weird in Austin, TX with the love of her life and their various furry roommates.

Emma Michaels:
Emma is a cover artist, blogger, and author of the ‘Society of Feathers’ series. Her love of blogging started when she created a book blog in 2009 which gave her the courage to finally submit her own novels to publishers. Emma Michaels’ publications now include Owlet and Eyrie (Tribute Books), Holiday Magick Anthology (Spencer Hill Press), and Cirque d’Obscure Anthology and Cogs in Time Anthology (Crushing Hearts Black Butterfly).

Lexi Ostrow:
Lexi has been a writer ever since the second grade in some form or another. Getting her degree in creative writing and her master’s in journalism she couldn't wait to get a chance to put her fantasies down on paper. From paranormal romance to thriller there isn’t a genre she doesn't love to spend her time reading or writing.

Beth Patterson:
Beth was a full-time musician for over two decades before sidestepping into the world of writing (“fleeing the circus to join the zoo”). Patterson has played in over a dozen countries across the Americas, Europe, Japan, and Australia. She appears on over a hundred and twenty albums (including seven solo albums of her own) in addition to a smattering of soundtracks, videos, commercials, and voice-overs. Various artists have recorded over a hundred of her compositions and co-writes. She studied ethnomusicology at University College Cork, Ireland and holds a bachelor’s degree in Music Therapy from Loyola University New Orleans.

Kristin Snyder:
Kristin is an author of horror and speculative fiction, but has also written stories in the romance, fantasy, and science fiction genres. A former florist and 2012 graduate of Stony Brook University, she accidentally became a full-time freelancer and hopes to have continued success in publishing. She is currently finishing work on a novel, playing through a backlog of video games, and spending quality time with her two cats, Boo and Miyu.

Andrea L. Staum:
the author of Blood of the Sire Book 1 of the Dragonchild Lore series and contributed to several best selling anthologies. She's a trained motorcycle technician with an Associates in Supervisory Management, is an amateur home renovator, and somehow manages to find time to write. She lives in south central Wisconsin with her husband, three 'unique' cats.

Catherine Stovall (editor):
is the author of many fiction works in the horror, steampunk, paranormal, fantasy, dark fantasy, and YA genres. She is also the editor and a contributor to several anthologies produced by Crushing Hearts and Black Butterfly Publishing, Vamptasy Publishing, and Steamworks Ink. Catherine is a fearless creature who surrounds herself with the joys of life both in and out of her fictional worlds. She lives in Southeast Missouri with her husband, three children, and pets. When not writing, she spends her time riding motorcycles, wearing elaborate hats, and genuinely enjoying the oddities in life.