Welcome to the Release Blitz for Reclaim Me by Alex Grayson 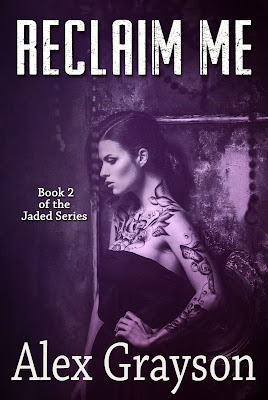 Enduring the ultimate betrayal on her eighteenth birthday by the one person she loves most in the world, Mia Walker is no longer the innocent, sweet, young woman she used to be. She is now cold and hard, letting no one get close to her heart, except family.

Mackai (Mac) Weston sees the changes in Mia on a daily basis. He knows he is the reason Mia is now the way she is. Never given the chance to explain what really happened that night so long ago, Mac is determined to make Mia finally listen and reclaim what was always his.

When the truth finally comes out, danger shows its ugly face. There are people in Jaded Hollow that do not want Mac and Mia together. They are willing to do what ever it takes to keep them apart.

Will Mac be strong enough to overcome temptation, even when the odds are against him? Will Mia forgive Mac when she realizes things weren't what they seemed ten years ago? 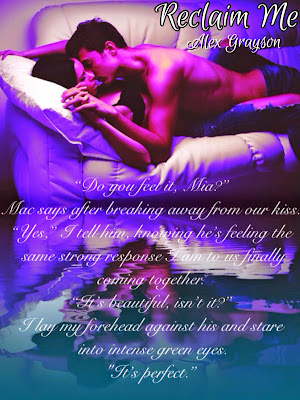 Excerpt
I step out into the hall and brace myself to face him. It’s unavoidable. He’s damn sure made it so.
Bastard.
I release a sigh. “What do you want now, Sheriff? I’m tired and don’t want to deal with this shit right now.”
“You can’t avoid me forever, Mia. There are things you don’t know that you should. Things I’ve tried telling you before but you haven’t allowed me to.” He moves away from the wall and takes a slow step towards me. It takes everything I have not to take a step back for every forward movement he makes.
“It doesn’t matter. It’s too late. Besides, nothing you say would make a difference. What you did, the repercussions on both our parts, is something that can’t ever be undone.”
“Pix…” He starts, but I don’t let him finish.
I throw my hands up to my ears, squeeze my eyes shut, and yell, “No! I can’t, Mac! I don’t want to hear it! And stop fucking calling me that!”
All of a sudden, I feel hands at my wrists, trying to bring them down. I jump at the touch and try to jerk away.
“Goddamn it, Mia!” I hear Mac’s muffled baritone through my hands that are still over my ears. “Fuck, you are one stubborn bitch, you know that?”
I drop my hands and sling my head up at his words. How fucking dare he! He’s the one that caused this mess. Now he wants to get mad because I don’t care to hear what he has to say.
Fuck that! 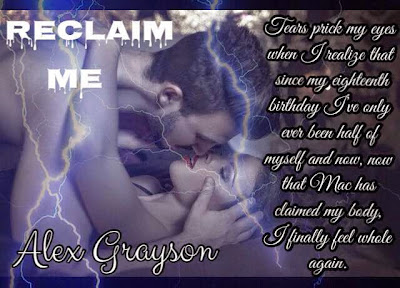 “You know what, Mac? You can kiss my ass. You get pissed because I don’t want to hear what you want me to hear. Go fuck yourself and leave me the hell alone.” My breathing is heavy because my emotions are getting the best of me. Mac always seems to bring out all my emotions.
Mac leans his head down so his face is level with mine and grits out, “Mia, it’s been ten fucking years. I think that’s long enough for you to finally give me a chance to explain.” When I go to object again, he stops me before I get a chance. “Shut it! You listen to me now.” I snap my mouth closed at his bluntness. “What I have to say may not change anything, but fuck all if you’re going to continue to live in the dark on what really happened that night.”
I glare up at him while he stares down at me with his beautiful green eyes, eyes that I sometime still see at night. They’re intense right now as they watch me. A low swirl starts in the pit of my stomach at his closeness. I can smell his woodsy scent, and it’s causing dirty thoughts to form in my head. Thoughts of him shoving me up against the wall and taking me hard.
My chest is heaving for a whole other reason now. As much as I hate him, I want him still. He notices my reaction, and his eyes flare in response. He takes a step closer towards me so our bodies are practically touching. I take a couple steps back until my body hits the wall, and he advances forward again. With him this close, I have to tip my head back to keep my eyes on his face. He cages me in with his arms on either side of my head. 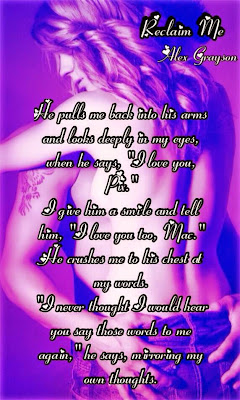 “What’s going in that head of yours, Pix?” He murmurs. “Are you thinking the same things as me? Are you thinking about me picking you up and wrapping your gorgeous legs around me so you can grind that wet pussy against my cock? Or, how about me flipping you around and pulling those tight ass pants down and feasting on your pussy? Or are you just skipping all the foreplay and going straight to me sliding my dick in your tight cunt?”
I lean my head back against the wall and close my eyes, trying to block out all the images conjuring in my head from his words. I feel his breath against my neck right before I feel the scruff of his five o’clock shadow.
“You’re thinking all those things, aren't you? You want it all. You don’t want to want it, but you want me to finally take you,” he whispers in my ear.
It’s the word ‘finally’ that brings me back to reality. It’s such a simple word, but the meaning behind it is what causes my chest to hurt with unbearable pain. He should have already had me ten years ago. We should have had each other. He was the one to decide to throw it away to someone else, and in turn, someone else took mine. 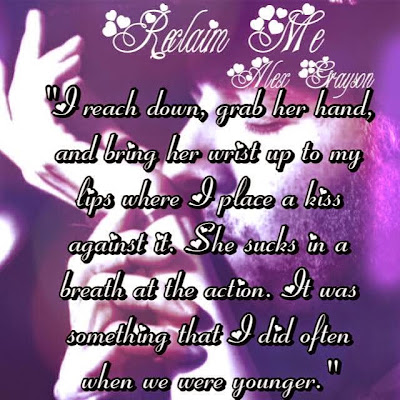 Get your copy here:

Alex Grayson is originally from the south but has recently moved to Northern Ohio. Although she misses the warmth of Florida and often times detest the cold of Ohio, she absolutely loves living in the north. She and her husband bought a house on two acres of land and live there with their daughter, one dog, two cats, ten ducks, and five chickens. She hopes to eventually get a couple of goats to add to their country way of living. Besides her family and home, her next best passion is reading. She is often found with her nose obsessively stuck in a book, much to the frustration of her husband and daughter. On more than one occasion, Alex found herself wanting a book to go a certain way, but it didn't. With these thoughts in mind, she decided to start writing stories according to her own visions. Although this is a new endeavor for her, she hopes that readers find her concepts on romance intriguing and captivating. Alex welcomes and encourages feedback, of any kind.

She can be contacted at alexgraysonauthor@gmail.com.