Blurb:
In Gavin Moxley's world, there is no thin line between right and wrong. In a personal crusade to help sever a line of disease carried by a clan of vampires; Gavin has no choice to be ruthless. The Vampires are purposely infecting the human population…waiting for humans to actively pass it on to each other. Gavin takes no chances and executes them one by one. Not strong or powerful, finding humans before they turn into full vampires is ideal and Gavin’s best bet.

Yes, this is Gavin’s life…

…And nothing ever changes it until a young half breed vampire with special abilities, Solstice, attaches and makes herself a fixture in his life when she asks for his help and protection and when a reluctant Gavin agrees he joins a dangerous game of cat and mouse. There is no safe place and the pair are constantly watching their backs. Torn between his hate and his love for Solstice Gavin is thrown into a moral dilemma that only he can figure out but two things are clear…

His faith and Humanity are being tested and the past is not always forgotten.

My Review:
ARC for Review ~ WOW! This is an amazing story. Talk about myterious, dark adult reads, this is a fantastical story which faces one, and even more, of our evils in today's society and offers a paranormal battle to fight against it. The author has created a scary world chock full of danger, mystery, suspense, horror, well placed humor, action-packed from page one to the end. It kept me riveted to my seat. I LOVED IT!!

The main character has lost everything that meant anything to him, causing him to create a persona to mask all that pain, then he meets Solstice and their worlds are about to embark on a journey that will open his eyes to things that were unknown to him.

I highly recommend this spicy vampiric read to all 18+ due to strong language, and sexual content.

5 out of 5 Hearts
Lovetiggi's Book Reviews 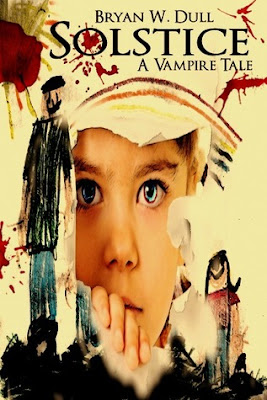