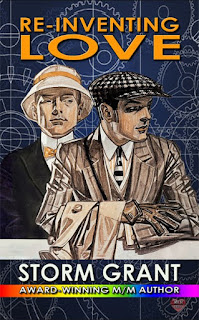 Engineer and assistant inventor Maximilian Grün is in love with his employer, but he daren’t reveal the truth. It’s 1910 and if Canadian authorities learned of his homosexuality, they’d deport him back to Germany where the country of his birth would become the country of his death.

When promising young inventor and mathematician Dr. Jasper Hamilton expresses his own feelings for Max, the young German regretfully declines. He cannot risk their partnership, their reputations—their very lives!

Then a rival inventor sabotages their inventions. Jasper is caught between the physical and the metaphysical, reduced to atoms, and transported to the spirit plane! Max is devastated, deeply regretting his lost chances.

But Jasper manages to communicate across the aether, telling Max he must reverse the machine’s polarity. But without Jasper’s talent for mathematics, the calculations defeat him.

Can the would-be lovers bridge the gap between life and death to finally be together? 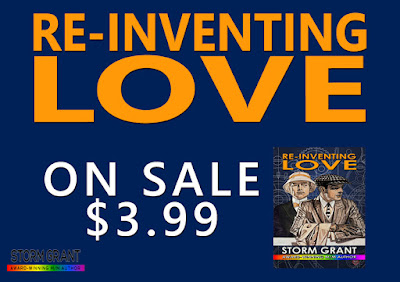 He steeled himself against his desire to grab the man and kiss him soundly. Instead, he settled for leaning even further into Max.

Max made no attempt to draw away.

They sat side-by-side. Was Max’s breathing quickening? But Jasper’s own thudding heartbeat and shaky breaths masked all other sounds. He cleared his throat again and pointed to the rough sketch on his desk.

“If we were to reroute the electrical current through an asbestos filter prior to it connecting with the element, we may be able to regulate heat without having to monitor it quite so vigilantly.” Jasper tapped the page.

Max leant forward, his shoulder sliding along Jasper’s own. “Ja. Yes. It could work. Not with the insulated wires you haff drawn here, but with…” He snatched up a pencil, scrawling quick, firm marks on the page.

Jasper relaxed. Tuning out the engineer’s words, he rode the cadence of the accented voice like a wave. He fought his smile, but lost. It was so good to have a partner on whom he could rely.

If only there was a way for them to be more than working partners.