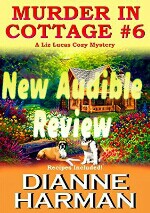 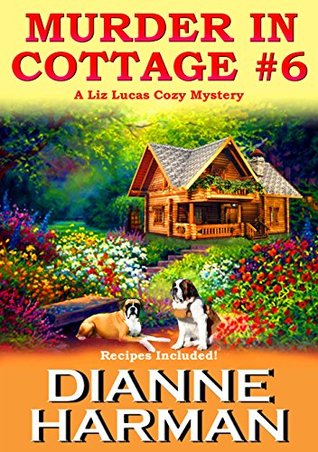 Liz Lucas, a 52 year old widow, is beginning to think she’s been given a second chance at life by owning a successful spa located in a beautiful forest area on the coast north of San Francisco.

What could possibly go wrong? Well, for starters, discovering that a guest staying in cottage #6 at the spa has been murdered.

In order to save the spa’s reputation, Liz, along with her two dogs, Brandy Boy and Winston, sets out to find the killer. The cast of characters includes a handyman, spa employees, the bumbling police chief, the owner of Gertie’s Diner, the dead woman’s husband (the mayor), his girlfriend, and a Tiffany glass collector. One of them probably committed the crime, but it’s up to Liz to quickly find the culprit. 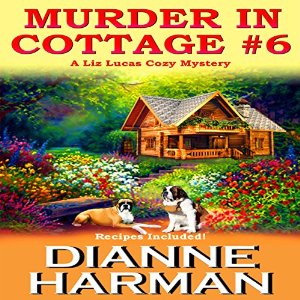 Rating
5 out 5 of Hearts

I haven't read or listened to one of Dianne Harman's audio books before, so when I discovered she had some, I raised my hand, so to speak.

The narrator did an awesome job of narrating this story. If the scene called for the characters to be upset, you heard an upset character.
Excellent Job!

This is an intriguing series to me simply because Liz Lucas is a widow and in her fifties. My generation ROCKS! Solid plot, with mysteriously twisted turns that kept me guessing to the end. Chock full of a emotions like being scared, fear, anger, frustration, loss, and more.

Well written, realistic and believable world with a picturesque quality that helped me to stay focused.  I listened to it a few times.


Luckily, I was chosen to receive a gifted copy for review purposes only. No renumeration was involved. 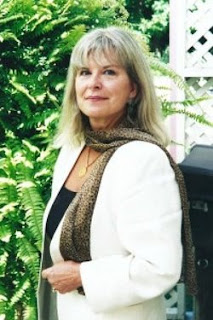 Dianne Harman draws her stories and characters from a diverse business and personal background. She owned a national antique and art appraisal business for many years, left that industry, and opened two yoga centers where she taught yoga and certified yoga instructors. She's traveled extensively throughout the world and loves nothing more than cooking and playing with her new puppy, Kelly.

Being a dog lover and having attended numerous cooking schools, she couldn't resist writing about food and dogs. She is the author of three cozy mystery series: Cedar Bay, Liz Lucas, and her newest, High Desert. Each of these books contains recipes from her travels. She is also the author of the award-winning suspenseful Coyote Series.

A number of books in her cozy mystery series have been designated by Amazon as All-Stars because of their sales, and Dianne has been named by Amazon seven times as one of their most popular authors.