Are you interested in featuring Mason Sabre on your blog,

About the Author
My name is Mason Sabre. I have been writing since I was a small child and discovered I could have a million adventures at the stroke of my pencil (I wasn't allowed to use pen back then). I have written more stories than I could even publish, some of them I wouldn't everever out, but I have had a blast writing them. I love writing, I love reading. I love to have a fictional adventure. When I am not doing that I am with my children or studying. I have a lifelong love of learning too.
I live in the North of England. It's a little chilly here and a little wet, but it is what I call home and where pretty much all of my stories are based.

Cade (to be released October 2015) It has a temporary cover

Cade MacDonald is a man who has always had a sense of right and wrong. He fights for justice and does not back down in the face of danger. As a member of Others, a supernatural race of powerful, fierce shifters, who do not accept or sympathise with any Humans, or any race other than their own, he now finds himself in a battle with the Other Society’s leaders as they oppose his attempt to save the life of a young half-breed. Fighting to do the right thing, Cade is simultaneously faced with the unexpected attraction he feels for his best friend’s sister. Having grown up with Gemma, he is confused and torn at the strong pull of his wolf towards this beautiful tiger. Willing to accept any repercussions of his rebellious actions, will he go as far as to lose the love of his life in the process? 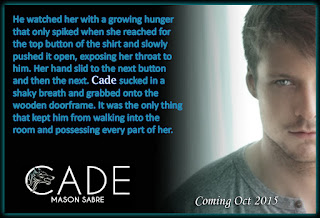 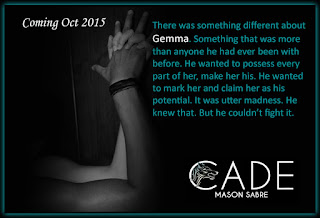 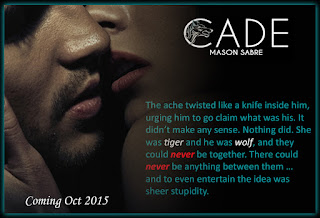 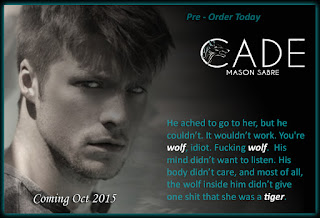 The Rise of the Phoenix 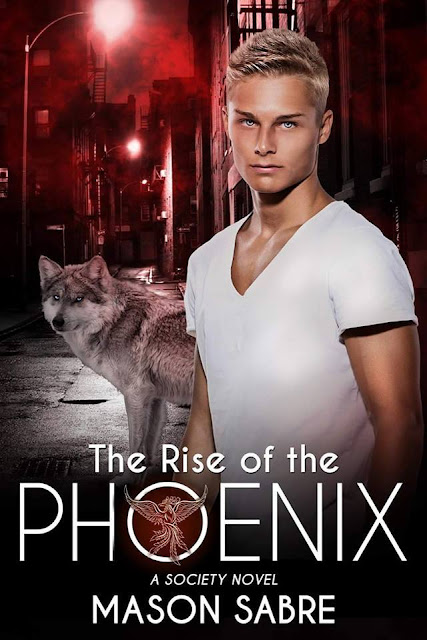 Synopsis
Cast out by his own family after a wolf’s bite infects him, a young thirteen-year-old boy is forced to roam the streets and fend for himself. In a world of Humans and Others, he belongs to neither. No longer considered Human, but nor a purebred Other, a race of powerful supernatural beings, he will be unwanted and hunted by both. Danger lurks at every turn. Young, vulnerable and afraid, he tries to come to terms with the physical changes taking place in him while at the same time trying to find a way to survive. In a menacing world filled with threats and hate, is there any hope of salvation for this orphaned fledgling?

Snippets
**The boy didn’t think. They were one now - boy and wolf. He was in a partially shifted form, hands deformed paws with claws. One snatched out, fast. It connected with cloth and flesh. Guttural screams pierced the air. The boy didn’t let go. He dug deeper, thrusting his hand up and out. He wrapped his clawed fingers around something soft, warm and wet, and then he pulled with everything he had in him. He let out a feral scream of his own. Blood spurted all over him, covering his face, going into his mouth and igniting the hunger that he had denied for so long.
The boy was beyond it now. The wolf had emerged fully. His nostrils flared as he rolled onto his side. Hunger so deep drove his mind to the brink of madness, and he brought his hand to his mouth and bit down onto what he was holding. Desperation made him force flesh and tissue into his mouth. Pushing each part in until he was almost choking. He pushed in more than he could ever dare to chew, but his mouth changed shape, the large teeth now forcing his mouth open. His bones pushed out, forming a wolf’s snout. He could hear screams and cries, but he could no longer feel the blows against him. He rose up - half boy, half wolf. His bag was on the ground and next to him lay Fat boy...his stomach torn open, his arms and legs twitching.
Almost retching, the boy snatched up his bag and ran.

** “You can do it?”
“Yes. You want to? Give me your arm and I’ll show you.” Robert grinned then and the boy watched as teeth elongated from the top of his gums, until they were like that of a small dog. His eyes had shifted, too. It made the boy excited, but a little afraid as well. “It won’t hurt, probably won’t even work,” Robert said, but with difficulty now, his teeth making it hard to talk. “Your arm?”

The boy chewed on the inside of his lip for a moment and stared at Robert’s eyes and then his teeth. Wouldn’t it be great to do it? “Okay, but I don’t want my mum to know,” he breathed. He slipped off his wet coat and then unbuttoned his shirt to allow it to slip from his shoulder. He offered his bare upper arm to Robert, his stomach twisting in excitement.
Robert stepped forward, opened his mouth and sunk his teeth into the boy’s young flesh.

** As he walked, he used games to pass time and keep his mind occupied. He counted steps as he walked, making himself walk one hundred steps and then one hundred more. He wondered how long it would take to get to a thousand. When he finally did, he aimed for another, and then another, until he reached ten thousand steps, then fifteen. He became so engrossed in his game that he stopped to get out a notebook and mark off every new hundred, challenging himself to just do one more set.
The notebook had been a gift from his mother. A reward, she had said, for doing well in his test at school. On the cover was a Phoenix. “It’s a bird,” she had told him with a smile. “They never die. Not properly. They rise from the ashes of their old lives and start a new one. Like a new chapter.” He had loved the idea of that. He had used the book to write his stories, lying on his bed, his pencil in hand and his imagination running faster than his hand could write. 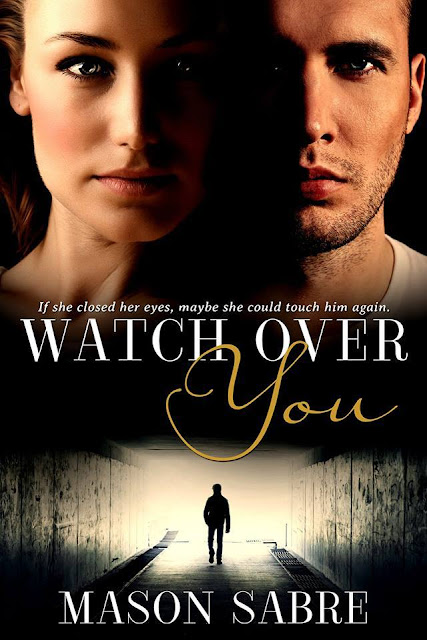 Synopsis
Three years after her husband’s death, Tara Saunders is still unable to move on. Guilt holds her hostage, and she knows that she can never forgive herself for causing Eric’s death. When Tara meets Devan, a homeless man who seems to have been linked to Eric in some way, she decides to follow him. Desperate to find some connection with her late husband, Tara seeks it through Devan, but the truth that he holds is not one that Tara is willing to accept. As Tara inches closer to the truth, an invisible clock begins ticking …
Snippets:
**But then there are other stories that go back even more. To the Romans and the Greeks. The swallow is one of the birds of Aphrodite, the goddess of love. It is said that the swallow carries the souls of lost loved ones and takes them to the other side. Some even believe the swallow leads the soul to rebirth too.”
“Which one do you believe?” Devan slid his fingers under her chin and lifted her face to his. Her eyes were closed and much too heavy for her to care to open them. She was almost asleep standing there in his arms. “All of them,” he breathed, and then he kissed her again. Softly this time. Not exploring, just his mouth against hers. She could feel his eyes on her as his lips slid over hers.
“Why is it on your hand?” she asked against his mouth.
“It’s there so that I can carry a soul,” he said. Just as it is on your hand now too.”

**In a move so sudden it left her gasping for breath, he grabbed her and spun her around, bringing her back against a hard wall of muscle. One arm encircled her chest while the other slid around her waist, immobilising her. Shock kept her frozen and she didn’t think to fight him.
“Tell me what you see,” he whispered against her ear.
She looked out into the hall; it was no longer empty. Her eyes widened and tears welled up, threatening to spill once more. “He’s right there,” she breathed, reaching out her hand. She tried to walk forwards, but Devan’s grip on her tightened.
“I need to go to him.”
“Stay here,” he whispered. “What do you see?”
“He’s right there. He’s painting. He looks happy.” She watched as Eric sat in front of a canvas, unaware of her presence. He tilted his head to the side to get a better view of what he was painting. Stretching out his arm with his paint brush, he used it as a gage for size, closing one eye so that he could get a better idea. She shoved and yanked at Devan’s arms until he let go. She ran across the room and came to an abrupt halt when she reached Eric. He seemed to look right through her. Unable to stop herself, she reached out, desperate to touch him once more. But Eric’s face was no longer his own. It was Devan’s. She gasped and snatched her hand back.

** She shook her head and tried to pull free. With a sudden oath, he captured her face, holding it firm between his hands, and planted his mouth hard against hers. He kissed her the way he wanted to - hungry and needing. Like a man who had been starving for three years…and he had. He kissed away every fear she had. Every thought that made her more scared than the last. He kissed her so hard that all she would be able to think about was him and only him. He kissed her the way he had wanted to that day at the cemetery. He growled in satisfaction when he felt her melt against him. “Do you feel that Tara?” he asked gruffly when he released her mouth. “Do you feel me inside your mind?”
She nodded.
“I’m not like them. I promise. I can't explain it to you right now, but I need for you to trust me. Can you do that?”
She didn’t answer.
“I won’t let them hurt you. Whatever happens, okay?” He caught her hand in his again and then pressed their joined hands over her heart. “Do you feel your heartbeat? You feel me in there? You have to trust me. Your heart trusts me.” Taking hold of her other hand, he pressed it over his heart. “Do you feel my heart beating?”
She nodded again and whispered. “Yes.”
“Close your eyes Tara. Feel our heartbeats. Do you feel them?”
They drummed together. Two hearts beating as one.
She opened her eyes slowly, calmer. “How is that possible?”
“I promise to you that I will explain. I can't right now. We have to leave. Trust me?”
She gave a weak nod and he let go of her hands, certain this time that she would not run away.

Social media sites where you can stalk me, follow me, poke me, prod me and generally bug me ;)

Email ThisBlogThis!Share to TwitterShare to FacebookShare to Pinterest
Labels: A Society Novel, Blog Tour, Cade, Mason Sabre, The Rise of the Phoenix, Watch Over You