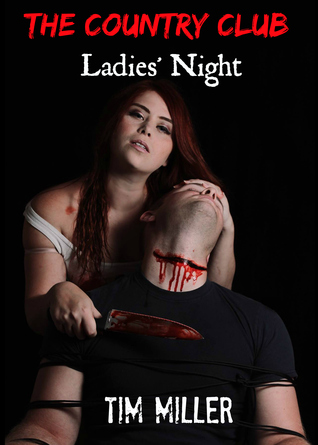 Urban legends about secretive country clubs have existed for years. At these clubs, the wealthy and powerful pay for the privilege to brutalize and torture less fortunate people for their own amusement. Several years ago, a blogger and her friends stumbled upon one such club and took it down. However, there isn't one club but an entire network of them.

In Ladies' Night, we see a special club run by women. These powerful ladies use everything at their disposal to enjoy their secret club. Men are not admitted to this club; they are served as entertainment...or dinner.

Holy Crapcicles!! A Definite Horror Story. I Love it!

Tim Miller has a knack for blowing my mind whether I read or listen to his stories. His clear and picturesque writing style makes it easy to visualize exactly what the characters are doing or feeling. Keep blowing my mind, Mr. Miller. I am always excited when this author has a new book out.

Mel Heflin did an Awesome job of bringing the characters to life. I would love to be able to narrate a book. Great Job!

If you're looking for a freaken horrific read, this would be one for dang sure. Not for the faint of heart!! 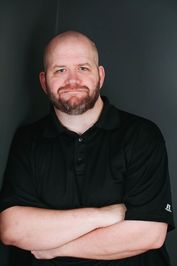 Tim Miller has dedicated his life to writing stories that will both scare readers and make them cringe.

Over the years, Tim's writings have evolved into darker realms. He released his first horror novel, "The Hand of God" in 2011. Since then his books have become progressively more violent and gory. With the release of "Family Night" in 2013, Tim had moved into the world of extreme horror where he continues to push the boundaries of human suffering.

Tim is now an international best seller as well. His book, "Hell, Texas" has recently ranked high on Amazon sales charts since its release in Germany under German publisher, Festa-Verlag.

He continues to climb the sales charts with his April Almighty series, as well as his recent hits, "Hacked" and "Lady Cannibal."

Tim is very active on social media and loves interacting with his readers.

You can find him at his website at http://timmiller.org