Welcome to I Love My Authors! Bayou Brew Publishing has a New Release coming out this Saturday, May 11, 2013.

Blurb:
Pertties is socially awkward and extremely frustrated after having spent years trying to piece together the fragments that she has left of her childhood memories. Struggling to figure out who she really is, she spends most of her time hiding behind her poor attitude and sarcastic remarks. Unfortunately, her wit and chastising comments are not enough to keep her from reliving the terror of her forgotten past when she falls into a horrifying new world.
Demented has all the memories that he could ever need, but he too is a social reject and is tired of his place on the bottom rung of the ladder. Having spent his life working as a slave in a terrestrial world doing everyone’s bidding, he’s ready for a change. Prepared to risk all that he knows, he joins Pertties on her reluctant quest to find the Southern Light, even though it goes against his own people – a civilization of burly underground trolls.
Their adventures lead them to discover that there is more going on than what they had originally believed and that they alone are the last hope that the southern territory has against the evil that threatens the land. Knowing that they only have each other, the two team up to escape from the prisons that they have created within themselves (as well as the others that they constantly seem to land in) and in the process find themselves on a journey fraught with danger, demons, and death. 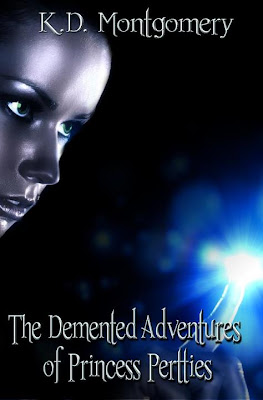